Long-Lost Johnny Cash Album From The '80s To Be Released 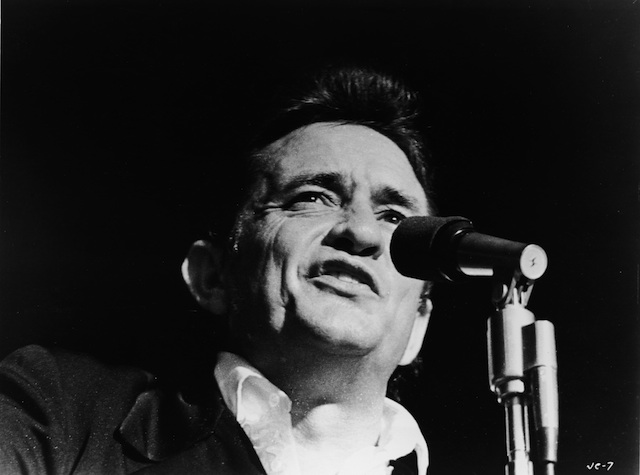 A film still of Johnny Cash in 'Johnny Cash - The Man, His World, His Music' in 1969 (Photo by Hulton Archive/Getty Images)

The Man in Black is back... at least with a new album. Johnny Cash's estate is releasing Out Among the Stars on March 25, featuring long-lost, never-before-heard tracks.

Cash recorded the album with Bill Sherrill in the early 1980s, but the recordings disappeared when Columbia Records dropped the beloved country-rock-and-roll singer from its label in 1986, according to Associated Press. It turns out Cash and his wife June Carter Cash had been stashing the tapes all along, and his son, John Carter Cash, just discovered the recordings just last year.

"They never threw anything away," said their son, John Carter Cash. "They kept everything in their lives. They had an archive that had everything in it from the original audio tapes from `The Johnny Cash Show' to random things like a camel saddle, a gift from the prince of Saudi Arabia."

The album includes Cash's duets with his wife and Waylon Jennings. It was recorded during a hard time in the singer's life, when the popularity and nature of country music was changing.

September 12 marks the tenth-year anniversary of Cash's death; he was 71 at the time.