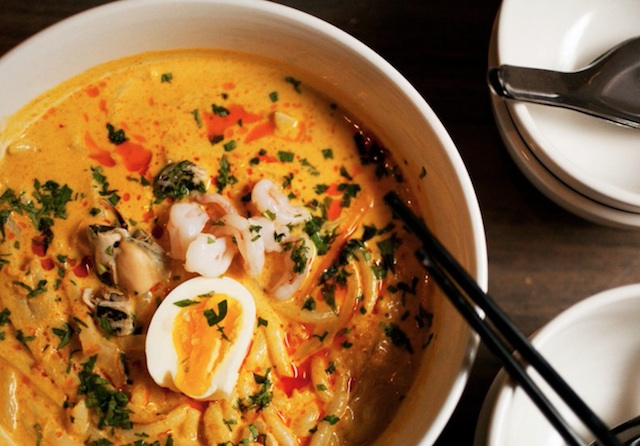 In the latest restaurant heartbreak news, Downtown L.A.'s Spice Table announced via email that they'll be slanging their last bowl of laksa on New Years Eve. Between this and the closure of Susan Feniger's STREET, it leaves us wondering where we'll be getting our kaya toast fix.

Chef Bryant Ng, who won Food & Wine Magazine's Best New Chef in 2012 with his cooking at Spice Table, says that he and his wife Kim are currently seeking out another location for the restaurant. They are being forced to close the space because it is in the middle of the tracks for the new Metro line.

In the meantime, the two are working on a collaborative project with Josh Loeb and Zoe Nathan (Rustic Canyon, Huckleberry, Milo & Olive, and Sweetrose Creamery) to open a restaurant in Santa Monica during summer 2014, which will be rooted in the cuisine of Southeast Asia.

The Central Avenue restaurant will have a blow out party on NYE from 8 p.m.-12:30 p.m. The all you can eat and drink feast will run $75, with limited space. Contact Leah Haimowitz via email or call 213-620-1840 for reservations and details.