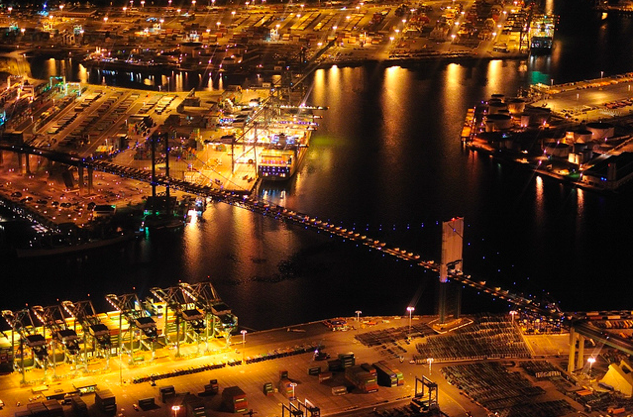 Long Beach may be getting a major facelift at its industrial and truck-heavy Terminal Island Freeway. City officials are looking into transforming a one-mile strip of the freeway into a lush, green park.

This proposal is backed by a $225,000 state-funded study that will launch next year; researchers will look into the different options in building the 88-acre park on the busy freeway, according to The Los Angeles Times. The idea was sparked by the major pollution in the area and the need to improve the the lives of Long Beach residents.

"This grant presents a first step to work with the community on a plan to replace the underutilized freeway while mitigating pollution impacts to address long-standing community health concerns," Mayor Bob Foster told BelmontShore-Naples Patch.

The industrial area has been nicknamed "Asthma Alley" because the local children are hospitalized for asthma three times more than other Long Beach neighborhoods, reported The Los Angeles Times. Long Beach is one of the most polluted areas in the nation, largely in part due to its busy port entry that serves as a hub for delivering cargo to most of the U.S. Dr. Andrea Hicko, a preventative medicine professor at USC found that children who lived within a quarter of a mile from a freeway had an 89 percent higher risk for asthma, according to The Long Beach Post.

If this proposal becomes a reality one day, Long Beach will be following other cities like Portland, Milwaukee, and San Francisco in replacing parts of freeways with greenery. The change could lessen the amount of traffic spilling over into residential areas, and in turn pollution.