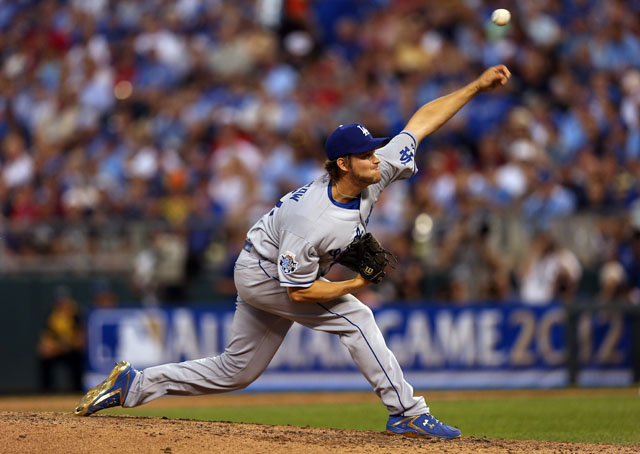 In a landslide, Dodger ace Clayton Kershaw won his second National League Cy Young Award as the league's best pitcher as voted by the Baseball Writers Association of America. Kershaw also won the award in 2011 and came in second in 2012.

Kershaw led the Majors with a 1.83 ERA, the lowest since Pedro Martinez's 1.74 in 2000 and the lowest in the National League since Greg Maddux's 1.63 in 1995. It is the third consecutive season Kershaw has led both leagues in ERA.

It was nice of the BBWAA to follow suit with the Internet Baseball Writers of America who also voted Kershaw as the best NL pitcher. Both organizations also agreed that the Detroit Tigers Max Scherzer was the best AL pitcher.