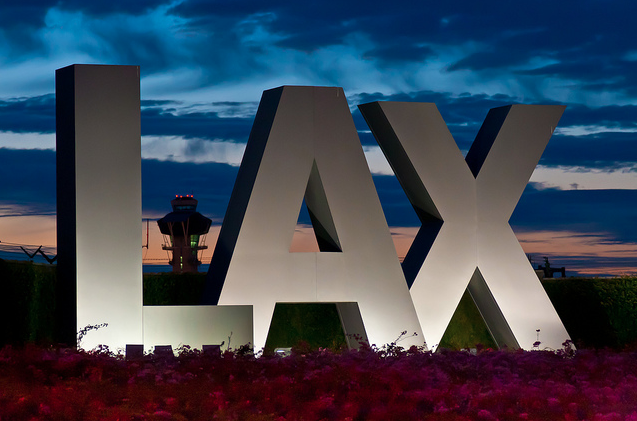 The worst part of flying out of LAX is figuring out how you're going to get there. Will you take a cab? Can you get a ride from a friend? Should you just bite the bullet and pay to leave your car at the airport?

Well, there's a new way to deal with all of that now, KPCC reports.

A company called FlightCar opened its third location at LAX on Wednesday. Run by three would-be college freshman, 19-year-old Kevin Petrovic, 18-year-old Rujul Zaparde and 19-year-old Shri Ganeshram (all accepted to Ivy League schools), FlightCar will let you park for free and pay you up to $20 per day if someone rents your car. They pick you up and drop you off in a black sedan and wash your car. Plus, they're pretty heavily insured.

"Everything is insured up to a million dollars, Zaparde told KPCC. "We'll cover liabilities, any collision, theft, and damage. Even if there's a small scratch on the car it's fully covered."

But it's not all fun and games. Some customers have taken to Yelp with their horror stories, KPCC found, like "finding decomposing fried chicken wings stuffed in the side door pocket; or worse, not getting fully reimbursed when their car was in an accident."

The city of San Francisco sued the company for operating illegally at the airport in June, but Petrovic says FlightCar isn't backing down.

The launch comes two weeks before one of the busiest travel days in the country — likely a move to take advantage of travelers coming in and out of L.A. over the course of Thanksgiving weekend.

The first location opened in San Francisco in February, followed by Boston in May. Petrovic said they got the idea from Airbnb.

"Largely because of Airbnb, it's really opened the door to the sharing economy and people are more willing to share," he said.