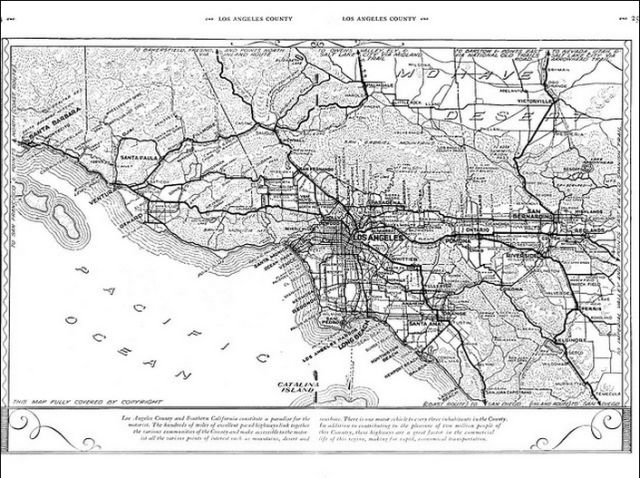 Militant Angeleno has a cool list of the origins of all 88 incorporated cities that make up the massive and eclectic Los Angeles County.

Many of the suburban monikers come from the names of the people who founded them (or, in some cases, their wives). Others are a combination of actual Spanish names and fake "Spanish" made up by white settlers in a possible effort to appear authentic. A couple of them are named after literary subjects and a few are named after the railroad companies that tore through the area in the latter half of the 19th century.

Here are a few of our favorites from the list: