Egg Slut Opened Today in Grand Central Market, Ran Out Of Food For The Weekend [UPDATED] 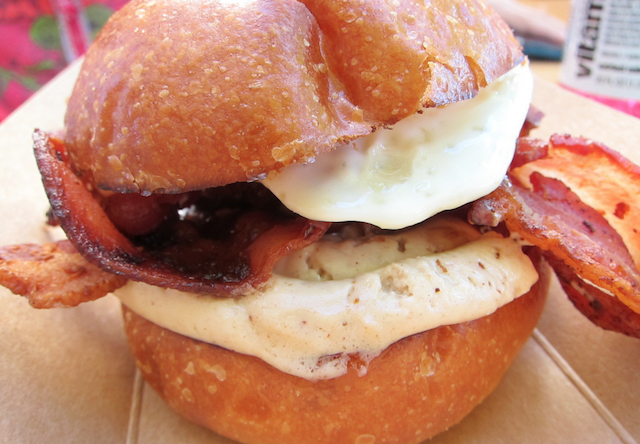 Update: The folks at Eggslut just told us that they've run out of food for the weekend as of Friday at 3:30 p.m. They'll be back in business on Tuesday. Sort of reminds us of this.

The Grand Central Market is continuing their expansion and overhaul with today's official opening of Egg Slut. The breakfast spot, which first launched as a food truck, started slanging their egg sammies today, and will be serving over the weekend. They'll be taking Monday off and then will be open 7 days a week beginning next Tuesday.

Their signature dish known as the "slut," which is a coddled egg served atop potato puree garnished with chives and grey salt in a glass jar, will of course be on offer. They'll also be doing a bunch of other more savory dishes like egg sandwiches, tacos, and salads, and serving up local cold brew and a variety of sides. 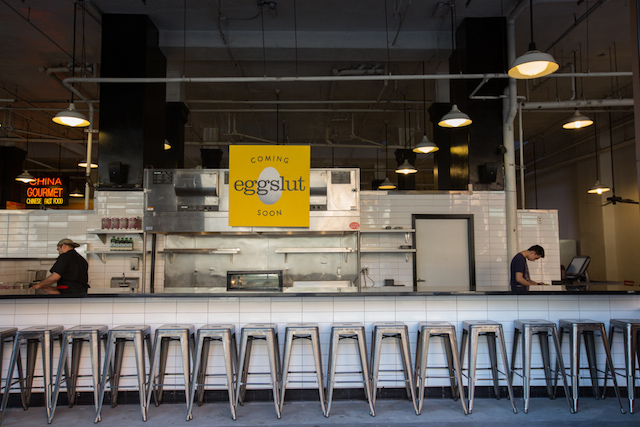 Egg Slut joins the cadre of successful food trucks that have decided to move their business to bricks and mortar models. The Grand Central Market is the ideal place to do so. The 100 year old establishment is getting a major makeover courtesy of designer Adele Yellin, president of The Yellin Company. Of course, there's been some criticism of the gentrification of GCM; many are worried the cheap fruit stands and taquerias that serve the Broadway neighborhood will eventually be pushed out due to increased rent prices.

It certainly does cater to a different market; the steak and eggs, for instance, are going for $12. Pricey it may be, but they are using organic eggs.