Authorities are looking for answers in the death of a man who caught fire during the West Hollywood Halloween Carnaval last Thursday. 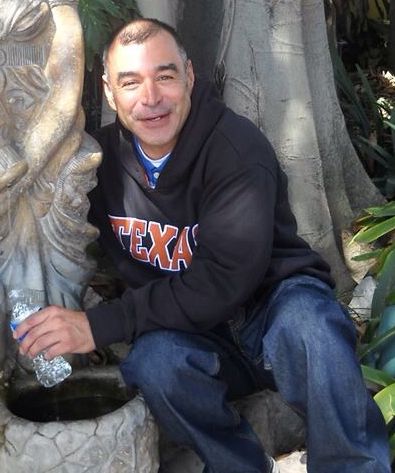 Gilbert Estrada, 51, succumbed to his injuries at 10:30 a.m. the following morning at Cedars Sinai Medical Center, according to his brother, Pablo Estrada. He was with his girlfriend at the event and was dressed as an army sniper.

"When it first happened, people thought it was part of the show," Pablo Estrada told LAist. "When people realized what was going on, they started putting out the flames and emergency personnel took him to the hospital."

As of right now, the cause of the fire is unknown. A video on YouTube showed the grim scene, and party-goers around Estrada are heard laughing and heckling him as he lay motionless on the ground.

Estrada described his brother as an outgoing person who had attended the Carnaval every Halloween for several years. The family has set up a GoFundMe account to raise money for Gilbert Estrada's funeral costs.

Anybody with information regarding the incident can call the detective working the case at 323-574-3067 or the L.A. County Sheriff's Department's homicide bureau at 323-890-5500