Man Turns Himself In After Girlfriend's Death From Moving Car 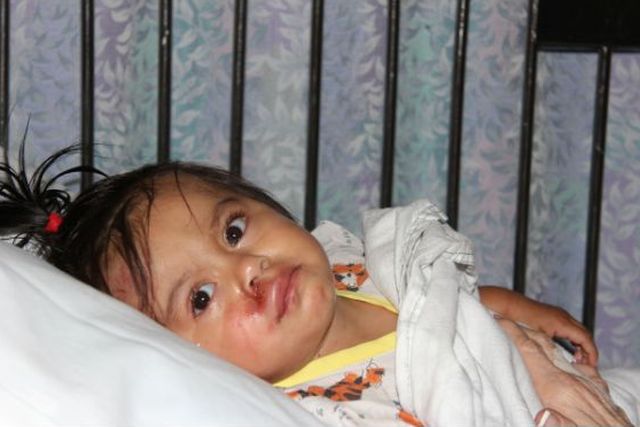 This photo of the baby girl helped identify her mother and the man accused in her death. Photo courtesy of the Santa Ana Police Department

A Santa Ana man who may have pushed his girlfriend and his infant daughter out of a moving vehicle on Halloween turned himself in today.

Francisco Montano, 21, was arrested on felony hit and run charges stemming from the incident. His girlfriend, identified as Gloria Sanchez, 21, died from her injuries. The baby girl suffered minor injuries but is expected to survive.

Santa Ana police responded to reports of a body lying in the street on the 1600 block of West Edinger Avenue, where they discovered Sanchez and the child. City News Service reported that authorities initially could not determine the woman's name because she did not have any identification on her when she was discovered. Authorities released photos of the daughter to the public, which led to the identification of both Sanchez and Montano.

Montano is currently being held on $200,000 bail due to possibly being a flight risk. He has been uncooperative with authorities.