Escape To Argentina With 'Evita' At The Pantages 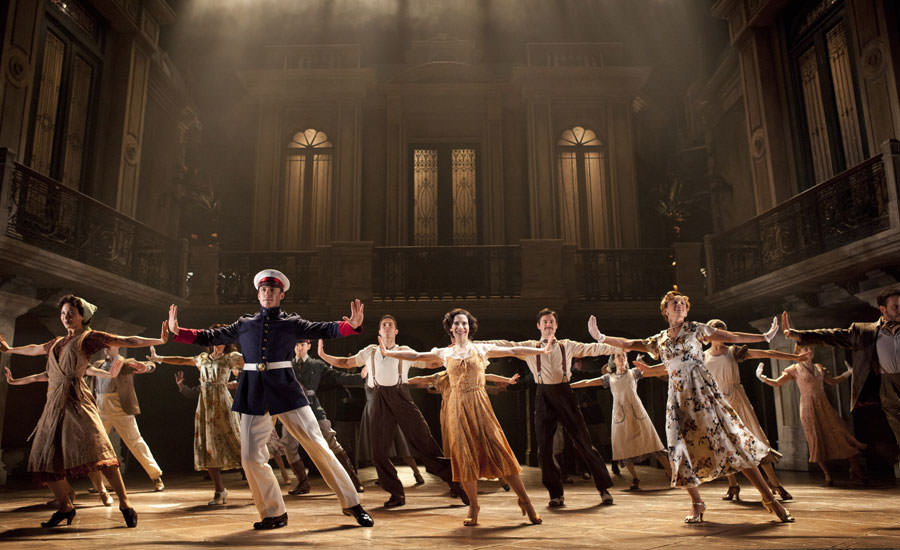 “I’m their product, it’s vital you sell me… They need their escape, and so do I.” If you are like Eva Peron and are seeking an escape, an evening with Evita at the Pantages Theatre might serve you well.

You’ll tap your foot along to Andrew Lloyd Webber’s playful take on the tango and get lost in Rob Ashford’s charming choreography faithfully translated by Chris Bailey. Christopher Oram’s grand sets will tempt you to book a flight to Argentina during intermission.

While Webber clearly cherished the opportunity to show off some Latin flair and director Michael Grandage does a commendable job making the most of Tim Rice’s book, but Evita is simply a flawed property. Webber and Rice include more throw away clunkers than Kanye on Yeezus. When the cast exchanged their opening night bows for applause, I was reminded of that feeling when you download an album and find out that the last track is missing. Where’s the Les Miserables flag-waving revolt? What happens to all of those characters I was just starting to force myself to care about? You are using that tune yet again?

The only way to make up for the musical’s weaknesses is exceptional casting. This cast clearly has the vocal chops, but struggles with a charisma deficit. Caroline Bowman beautifully hits just about every note that Madonna couldn’t in the 1996 film version, but she lacks the magnetism to make Eva’s meteoric rise from radio star to the most powerful woman in the country believable.

It’s a tall order to find an actress to fill the shoes of Patti LuPone and Madonna, but Josh Young as revolutionary Che suffers the same problem. He’s got the voice, but not the presence in what can otherwise be a powerful role.

There may be references to Machiavelli and musings on poverty, but the play is really about Eva’s need to be loved. “Thought the more that loved me the more loved I'd be. But such things cannot be multiplied.” You may not fall in love with Evita but it’ll deliver enough amusement to help you forget you’re in Hollywood. And since “Don’t Cry for me Argentina” is guaranteed to be stuck in your head for days, you’ll get extra servings of escapism - even if just for a fleeting moment. While the play lacks the weight of musical Next to Normal or Grandage’s brilliant direction of Red about artist Mark Rothko, sometimes a simple escape is enough.

Evita plays at the Pantages Theatre through November 10. Tickets are available online or by phone at 800-982-2787. The tour continues to Segerstrom Center for the Arts December 10-22.