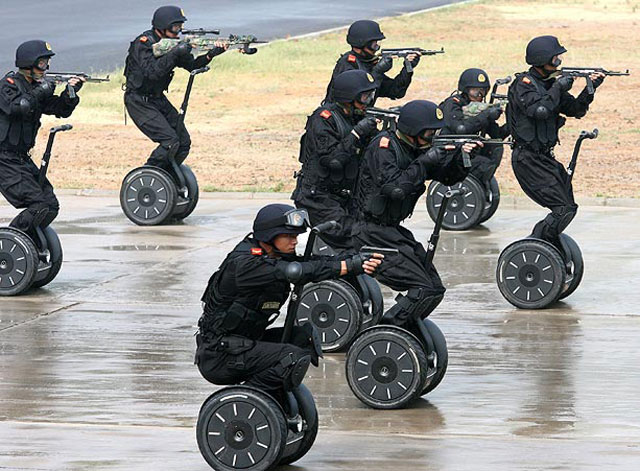 What is this SWAT team doing? | Photo by seantyler via Flickr

The L.A. City Council unanimously voted to help crack down on people who make false 911 calls to celebrity and politician homes.

According to CBS LA, swatters will be forced to reimburse the cost of having the police department respond to these false alarms.

City councilman Paul Koretz was a victim of swatting in April. As the L.A. Times reported:

Councilman Paul Koretz said he was targeted himself in April, after he asked the city to take action against swatting perpetrators. On April 10, he told the council, multiple police with guns drawn pounded on his front door demanding to be let in just as Koretz prepared to step into the shower.

"I held up my council badge and said, 'Sorry, I'm not letting you in while I'm naked,'" Koretz said.

They insisted, so he got dressed and the police looked around and then left. But they returned a few minutes later, Koretz said, after receiving a second call that someone in his apartment was being held hostage in a closet.

"At that point, I called [Police Chief] Charlie Beck and said 'Could you please ask your officers to leave?'" Koretz said.

The ordinance also would allow the city of offer rewards to tipsters who turn in swatters.

In April, the LAPD announced they would stop alerting the media of these swatting attempts, and in August the state assembly voted to increase penalties.