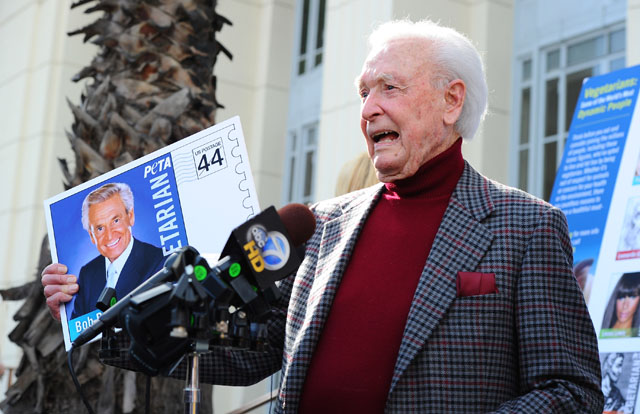 Bob Barker will celebrate his 90th birthday in perhaps the most fitting way: he will present one of the showcases during the Showcase Showdown on "The Price Is Right" reported the L.A. Times.

Barker spent 35 years hosting the show before retiring at the age of 83 in 2007. Comedian Drew Carey took over, and the show is currently at the top of the ratings in daytime.

Not only will Barker present the showcase on Dec. 12, the show will honor his 90th birthday throughout the week from Dec. 9 to 13 by featuring pet adoptions. Of course Barker ended each show by saying, "Help control the pet population. Have you pet spayed or neutered."

This just gives me an excuse to share this old video of a contestant making Barker's day. C'mon down, indeed.