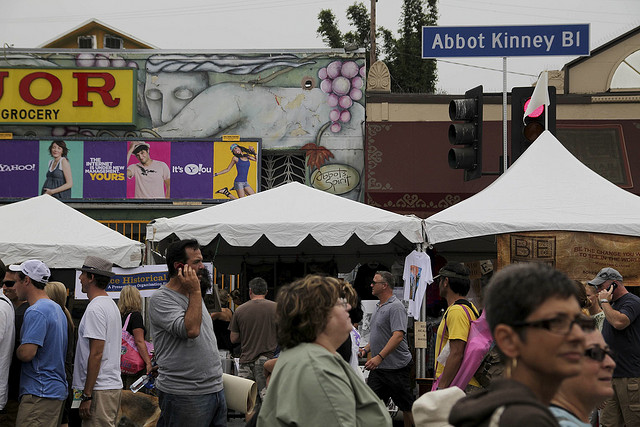 Free parking is a rare gem in this city, but Angelenos know that if they're headed to Venice's Abbot Kinney Boulevard they'll be able to park in a lot that is 100 percent free. Drive to the unpaved lots on the east side of the street, and there won't be a parking attendant or meter in sight — at least, for now. Come March, the city is launching a project to finish the lot by adding landscaping and perimeter wall. And 66 parking meters.

While jarring, this isn't the first mention of such a project, according to LA Weekly. Curbed announced the meters in 2009. A Department of Public Works spokesman told LA Weekly the meters will cover the Electric Avenue lots from California to Santa Clara, and it will cost the city almost $742,000. It's not exactly clear why the project gained steam after a 4-year lull, however.

Prepare yourself, Venice, and enjoy the free parking while you can. Parting is such sweet sorrow.