Pigs, Even Cute Pot-Bellied Ones, Now Banned In Seal Beach 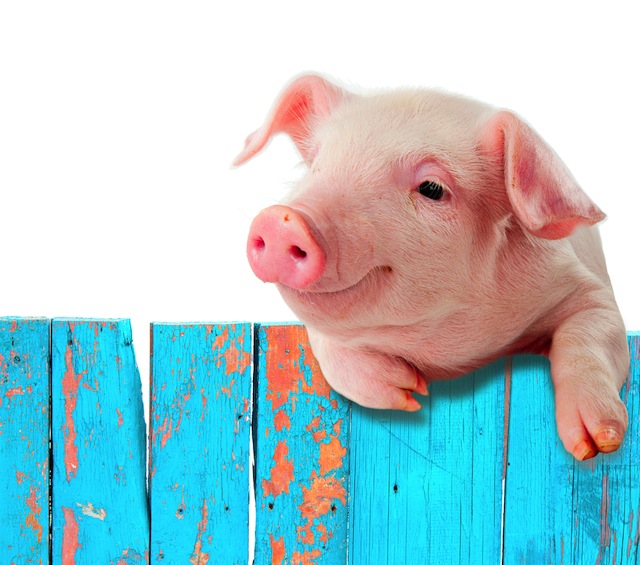 Sorry, pig owners in Seal Beach. The party is over.

Until Monday, the city's Municipal Code banned only hogs, not pigs, but now that loophole has been closed, the OC Register reports.

The previous code banned hogs over 120 pounds, a definition that couldn't legally be applied to smaller pigs.

After trying for nine months to convince one pig owner to get rid of his pet because of several complaints about its "noise and odor," the city council voted 4-0 in favor of adding pigs to the livestock ban, regardless of size, kind or cuteness.

Jim Basham, director of Community Development, told the Register, "We couldn't gain compliance with this gentlemen (who was) letting the animal run free."

One resident who was in favor of the ban showed off a picture of the offending animal, saying, "This is not a farm, this is our town. That's not a pet, that's animal husbandry. That's a big animal."

While no one spoke against the ban during the meeting, pig advocate Teresa Sieh told the Register, "I don't really understand a ban on pigs because they really are one of the few animals that can be potty trained."

She's the general manager at Orange feed shop Wagon Train, which offers pig feed and had a three-week-old piglet available. She advises potential pig owners to check local laws to see if they're zoned for pigs before buying one.

The Seal Beach Animal Care Center said it will likely turn over any pigs to the Long Beach Animal Control or find another institution that would take in the hooved critters.

Seal Beach's ordinance will go into effect 30 days after a second reading.