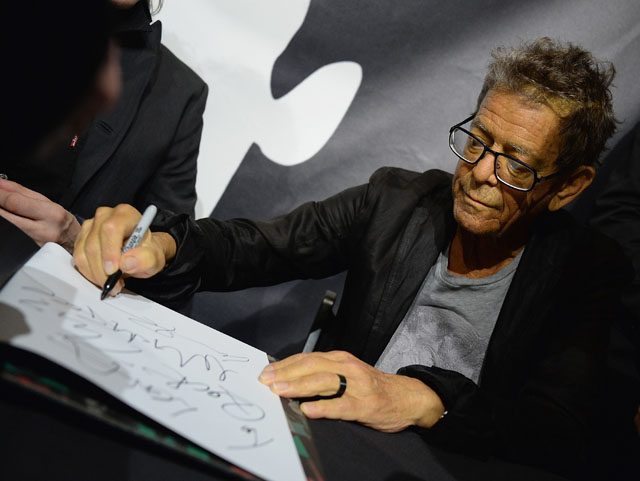 With the passing of Lou Reed on Sunday, Henry Rollins knew he had to change his normally pre-recorded Sunday night radio show on KCRW.

On his show's blog on KCRW.com, Rollins wrote:

I went into the office and started putting ideas together to make a show that would be a great salute to this icon and true Rock Star. I cranked up Satellite of Love from Transformer and wept. The ending of that song, when Bowie comes in, it’s as good as it gets.

The show was filled with Lou Reed covers and some alternate takes that litter the box sets. Rollins filled out the show with personal stories and emails from Lou and did something he rarely does: he did the show live.

It was a wonderfully curated show, and it brought me back to April 8, 1994. I listened to KROQ that night as music fans around the world mourned Kurt Cobain's death. It was a night that I thought united the fans, and so too I felt the same way last night listening to this show.

Here is the playlist from the show: