Ellen DeGeneres Could Be Back In The Sitcom Game 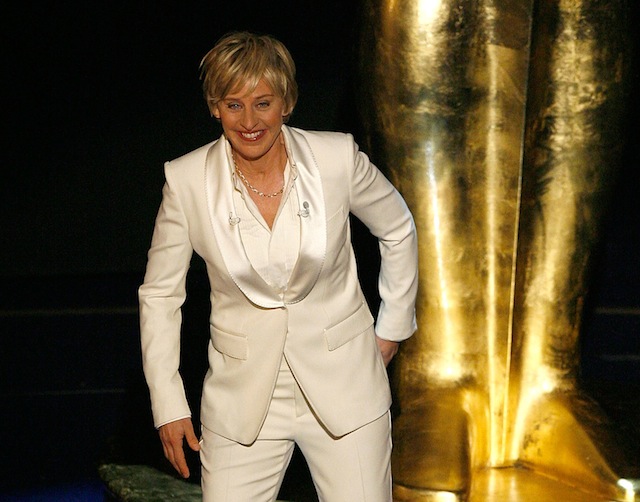 Ellen DeGeneres and NBC will partner for a lesbian-themed comedy.

Deadline: Hollywood reports that Liz Feldman, writer and producer on CBS' "2 Broke Girls", will pen the script and team up with DeGeneres and her production company A Very Good Production as executive producer. AVGP president Jeff Kleeman will also be an executive producer.

Feldman was a writer on DeGeneres' daytime talk show and hosted a vlog on AfterEllen.com from 2008-09.

According to Deadline: "The untitled project, written/exec produced by openly gay comedy scribe Liz Feldman (2 Broke Girls), centers on a lesbian and her straight male best friend who get pregnant just as he meets and marries the love of his life."