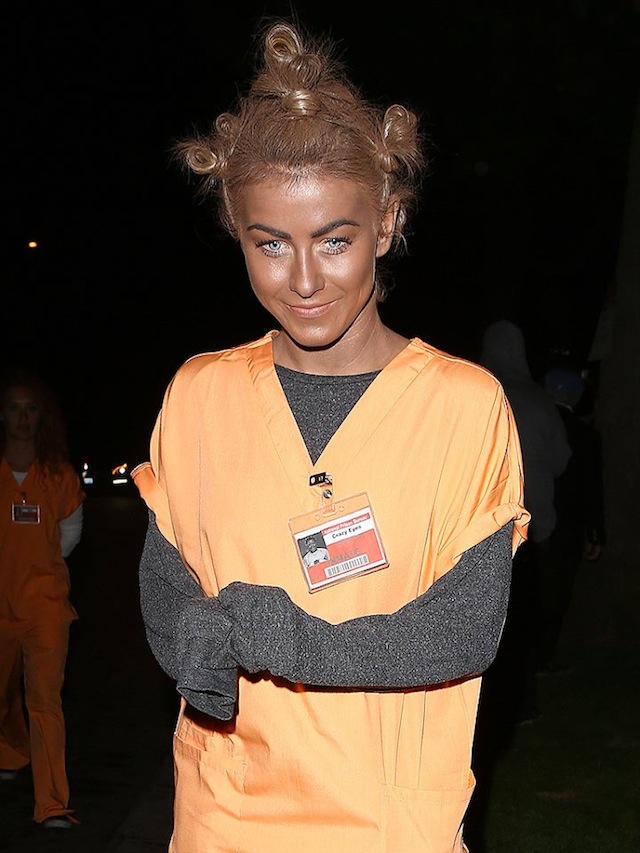 This is how Julianne Hough does Halloween. (Photo: People's Facebook page)

Julianne Hough dressed up like her favorite Orange is the New Black character for Halloween, unfortunately not Piper (Taylor Schilling) or Alex (Laura Prepon), but Crazy Eyes. Which meant she went in blackface. And that's always a great idea.

Hough, known for Dancing With the Stars, Rock of Ages, and the recent Footloose remake, did her hair in the character's signature knotted hairdo, donned a "Crazy Eyes" ID and orange prison gear.

Although, as People points out, Crazy Eyes (played by Uzo Aduba) usually wears beige, meaning Hough got more than one note wrong with this outfit.

Hough hit the Casamigos Tequila Halloween Party with a group of friends dressed as the cast of the show, the NY Daily News reports. And apparently all the white characters were already taken.

The party was held last night in Beverly Hills. 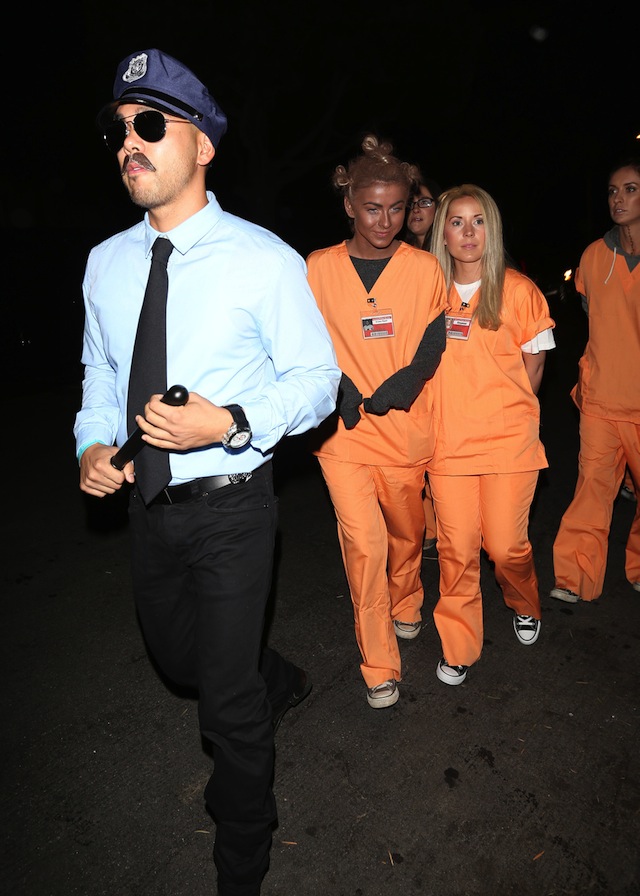 UPDATED, 12:37 p.m.: Hough issued an apology online today, saying, "I am a huge fan of the show Orange is the New black, actress Uzo Aduba, and the character she has created. It certainly was never my intention to be disrespectful or demeaning to anyone in any way. I realize my costume hurt and offended people and I truly apologize."