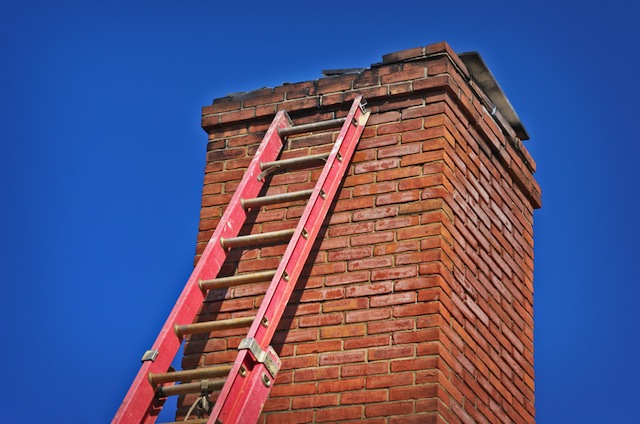 Note to burglars (and drunk people), breaking into a building through the chimney: Not such a great idea.

A man who got stuck 30 feet down a furnace chimney was rescued around 6:20 a.m. this morning in the Koreatown/Westlake area.

Forty firefighters responded, according to Los Angeles Fire Department spokesman Eric Scott. They were able to rescue the man from the bottom of the chimney near the basement of the building, a four-story apartment in the 2700 block of West Eighth Street.

The man was transported to a local hospital in "fair condition."

According to ABC7's Julie Sone, the man is being considered a burglary suspect.

UPDATE, 1:29 p.m. KTLA 5 is reporting that the man who got stuck in the chimney climbed into it on a dare and that yes, he had been drinking.

After trying for four hours to get him out of the 18-inch-wide space, his friends finally called the police, the LA Times reports. The rescue took another hour.

The 20-year-old man is okay, but facing vandalism charges for damaging the chimney.