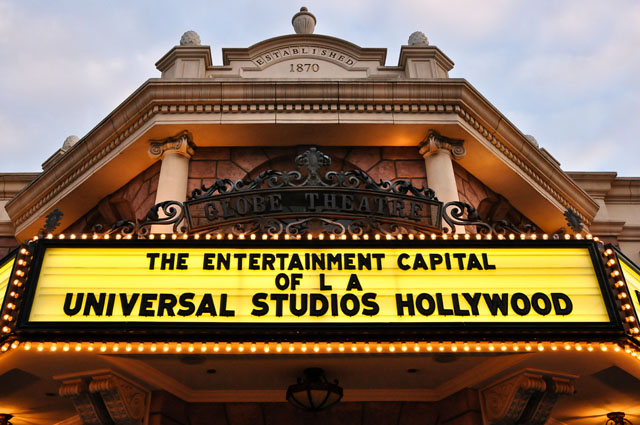 In a stage show just for Universal Studios' Hollywood Horror Nights, "Bill & Ted's Excellent Halloween Adventure" was supposed to be funny and topical. Instead it was homophobic and racist and just about every pejorative adjective you could think of.

In one sentence it was over.

"After thoughtful consideration, Universal Studios Hollywood has made the decision to discontinue production of the Halloween Horror Nights' 'Bill & Ted' show for the remainder of its limited run," wrote Universal Studios.

The uproar started when Vice intrepidly watched the show. Some highlights from the story:

After becoming gay, Superman's voice and posture changes. His lips purse, his toes point inward, and his wrists become limp. His new voice sounds like a homophobic uncle doing a drunken impression of Richard Simmons, complete with lisps and frequent use of the word "faaaaaaabulous!"

Then, because Superman is now gay, he minces over to Bill and Ted, blows kisses at them, and slaps Ted on the ass. As he does this, Bill and Ted say "awwww dude!" with disgusted voices.

It wasn't only homophobic. There was a Kim Jong-Un character complete with the stereotypical Asian accent. There were Latino and Black jokes. There were rape jokes.

No one at NBCUniversal or Comcast explained how such a show could exist on one of their properties. But after outcry by GLAAD and other groups, they came to their senses and pulled the plug on the show.

"NBCUniversal has taken quick and strong action regarding this matter and also started a productive dialogue around future 'Bill & Ted' programming to ensure that all park visitors can have an enjoyable experience," GLAAD spokesman and actor Wilson Cruz said in a statement. "This decision falls in line with NBCUniversal's history of including groundbreaking and positive depictions of LGBT people across its brands."