LAUSD Students Are Really Out of Shape 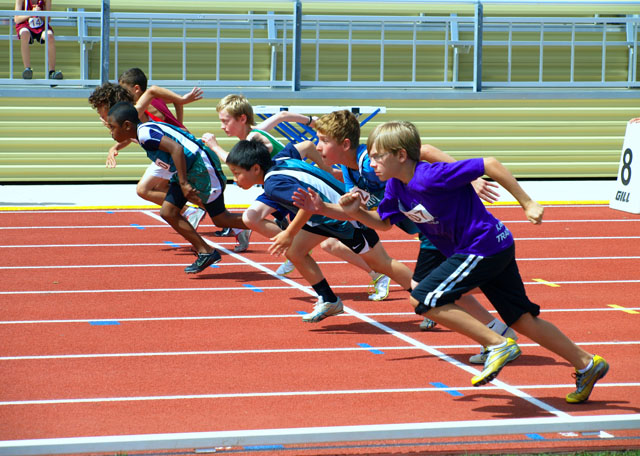 It turns out Los Angeles schoolchildren can't keep up with the rest of the state in fitness. In figures released on Wednesday LAUSD fifth-, seventh- and ninth-graders lagged behind their counterparts in the state according to the California Department of Education.

For the LAUSD kids tested in the 2012-13 school year, 18.7 percent of fifth graders passed all six categories along with 21.4 percent of seventh graders and 28.4 percent of ninth graders. That's consistent with last year's numbers which were 18.8 percent, 22.7 percent and 28 percent respectively.

Not economically disadvantaged passing all six criteria: 36.4 of fifth graders; 42.9 of seventh graders; 46.4 of ninth graders.

All numbers are available on the California Department of Education DataQuest website selecting the subject "Physical Fitness Test".