Jessica Lange Calling It a Career? 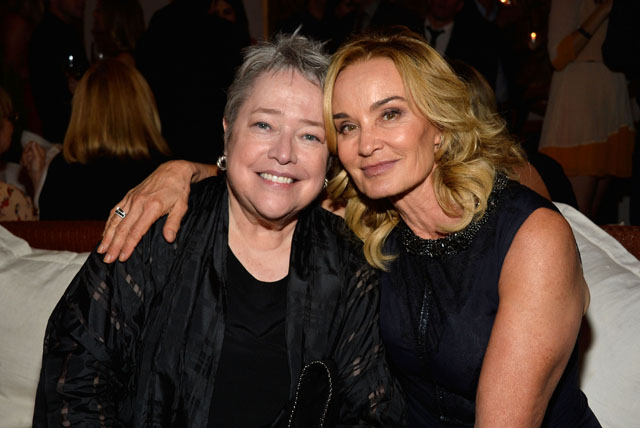 "I am coming to the end of acting," she says with sureness. "I have a list: another stage production, maybe one or two more movies, one more season of "American Horror Story" ... and then that is it for me. Because I think that's enough. I want to go out with a bang ... or should I say, a scare?"

Lange first film role was 1976's King Kong where she won the Golden Globe for new actress of the year. Her first Oscar came as best supporting actress in 1982's Tootsie, the same year she was nominated for best actress in Frances for her portrayal of actress Frances Farmer.

She won her second Oscar in 1994 for Blue Sky, a film that was almost never released thanks to the 1991 bankruptcy of Orion Pictures.

Lange told the Times that American Horror Story helped revitalize her career. "There's no shame in recognizing that. It's exposed me to a whole new generation, which is a little strange. I'm not used to young people thinking I'm cool."

Lange also admitted that sometimes the people she portrays can bleed into her life.

"I remember when I was doing 'Frances,' I let her get so deep under my skin that it actually felt like a haunting," she told the Times. "And when I did Blanche DuBois for the first time, I think my kids were worried about me. The deeper you go, the more they settle in and it's harder to pull away. I used to soak in a hot tub for hours in the dark, just like Blanche."