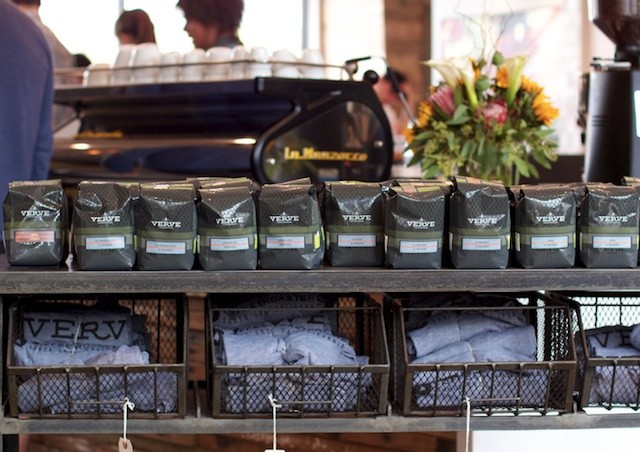 If you see a bunch of zombie-like people lumbering through the Arts District in Downtown, they're probably the poor caffeine-deprived junkies who are trying to fend off a really bad migraine.

Downtown News wrote that roasters and cafes are flocking to the area transforming it into a caffeine nirvana of sorts.

Stumptown, Handsome Roasters and Urth Caffe are already in the area. Verve is opening its doors soon.Why the boom?

Representatives of the three big roasting companies all point to the increasingly vibrant community. The neighborhood in the last few years has experienced a commercial and residential renaissance, and these days common sights include parents pushing strollers and loft dwellers walking dogs, running, bicycling and skateboarding. Additionally, hundreds of new apartments and condominiums will be opening in the next few years, bringing even more customers through the coffee houses’ heavy glass doors.

So the gentrification of the area is the reason for this? Since the area was nothing but an industrial wasteland filled with warehouses, perhaps this form of gentrification isn't too bad.

As someone who requires an entire trough of coffee before becoming semi-functional for the day, there is no such thing as too many coffee brewers or cafes or coffee itself. Bring 'em on!