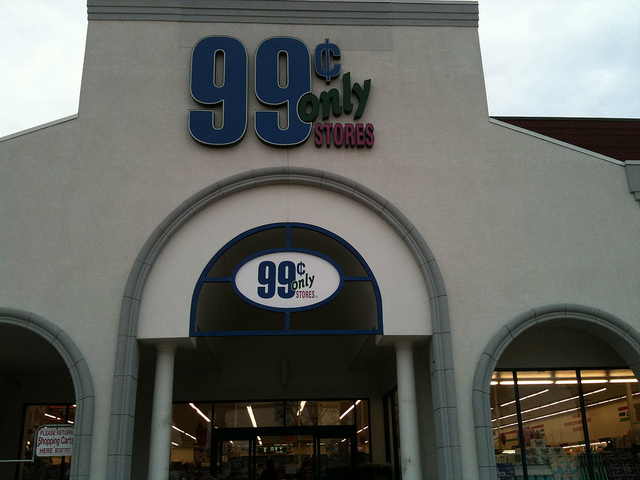 Whether because of the economy or competition from other discount stores, the 99 Cents Only Store laid off 160 employees today.

The L.A. Times reported 99 Cents Only said the staff reductions were necessary to "remain competitive in a dynamically changing industry."

No stores were closed, and no managers or employers were affected.

The company employs 14,000 workers and was acquired in 2011 by L.A. private equity firm Ares Management and the Canada Pension Plan Investment Board, operates 238 stores in California, 44 in Texas, 33 in Arizona and 17 in Nevada.

According to the Times:

Analysts said there is still great potential for dollar stores in coming years, but that growth may be hampered by increasing rivalry among various dollar chains and other low-cost retailers such as Wal-Mart Stores Inc.

"In the next five years, these stores are expected to perform well by targeting low-income households and price-conscious customers," according to a report from research firm IBISWorld. "Nevertheless, competition from big-box retailers and higher disposable incomes will slightly hinder revenue growth."