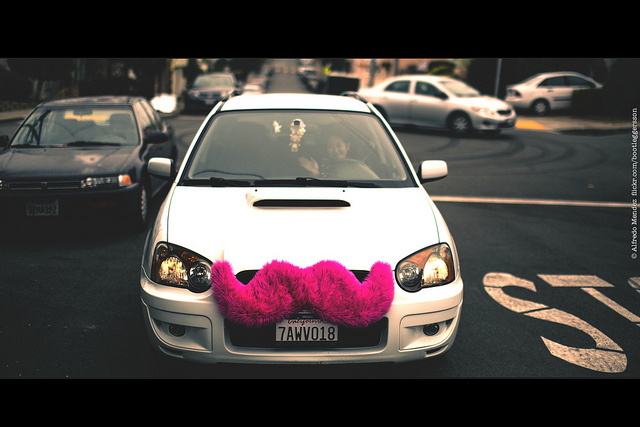 Lyft (Photo by Alfredo Mendez via the Creative Commons on Flickr)

A month after the California Public Utilities Commission unanimously voted to start regulating ride-sharing companies like Lyft, Uber and Sidecar, the Times reports that councilman Paul Koretz is pushing for the council to appeal this ruling.

"They're not regulated the way taxis are, so we don't really know what their background checks are like, or whether we can count on them," Koretz told the Times about what he described as "bandit-cabs". "We don't know what conditions their vehicles are in. I see crummy cars with mustaches all over town — just people in their own regular cars, driving."

According to the Times, the council will have a closed-door meeting on Friday to discuss the possible appeal with city lawyers.

It should be noted that both Mayor Eric Garcetti and Councilman Mike Bonin who heads the transportation committee both support ride-sharing companies.

Also buried in the Times' story (and buried here!) is the fact that Koretz also accused the PUC of violating state environmental laws for "failing to consider the increased congestion and air pollution that would come from allowing thousands of for-hire vehicles to travel on L.A.'s roads."

All of this begs the question: when is the last time Koretz has taken a taxi?