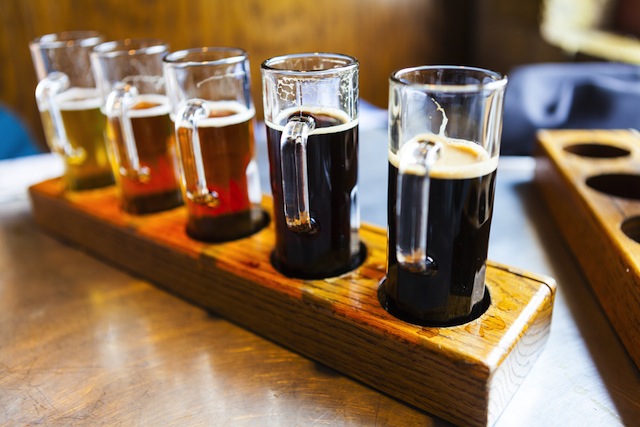 Beer lovers were supremely bummed to learn that the Ultimate Beerfest at the OC Fair & Event Center was unexpectedly canceled yesterday afternoon.

Organizers said that the evening's portion of the fest, which features craft beer and food trucks, was shut down because of "attendee misconduct," the OC Register reports.

Ticketholders were notified by email that the 5 p.m session of the beerfest had been canceled. The emails didn't reach everyone in time and several people showed up, only to be turned away.

Lt. Steve Gill with the Orange County Sheriff's Department said the shutdown was a decision made by event management, not law enforcement.

A note on the Ultimate Beerfest site blamed the event center: "The Ultimate Beerfest OC has been shut down by the order of the OC Fair & Event Center, due to the actions of some unruly Session 1 attendees. If you didn't get an opportunity to enjoy the craft beer selections in Session 2, we are working to accommodate you."

The promoter, Karma Media Group, sent out a notice saying, "We will work with you to resolve all your issues within the next few days. We are very sorry!"

While no attendees that the Register talked to had seen any bad behavior, there were several complaints about the organization (or lack thereof) at the festival.

The gates were supposed to open at 11 a.m, but weren't open by noon, when Mike Tennant told the Register that he and his friends gave up, even though they had VIP tickets to the event that were worth $75 each.

According to Jason Croddy, the doors finally opened at 12:30 p.m. "It was a mess," he told the Register, "I've been to a ton of events like this in the past and this was by far the worst organized."

He noted that the breweries didn't have hole punchers to mark drink cards, so the fest "ended up becoming unlimited beer." Despite the unlimited brews, Crody said, "I didn't see any poor behavior. I didn't see anyone acting drunk."