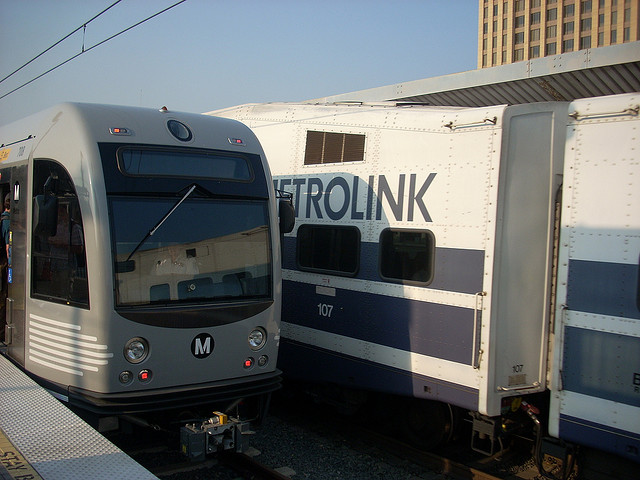 A bicyclist who reportedly attempted to outrun a Metrolink train in Palmdale was struck and killed Saturday night.

Manuel Correa, 22, died in the train collision at 7:10 p.m. October 19 about three-fourths of a mile south of the Palmdale station, Metrolink spokesman Scott Johnson said told City News Service. "The accident involved a northbound train, No. 269 which had 257 passengers on board,'' Johnson said. No injuries on board the train were reported.''

Correa's death is under investigation, said Palmdale sheriff's Sgt. Clint Skaggs, adding that it's being considered an accident.

A news videographer at the scene told CNS that Correa was riding with a group of friends and tried to beat the train to the crossing at Palmdale Boulevard near the intersection with Sierra Highway.

The train was held and finally released by authorities at 9:10 p.m., Johnson said.

"On behalf of Metrolink, I would like to express our condolences to the family of the victim for their loss,'' Johnson told CNS. "This is truly a tragic event.''