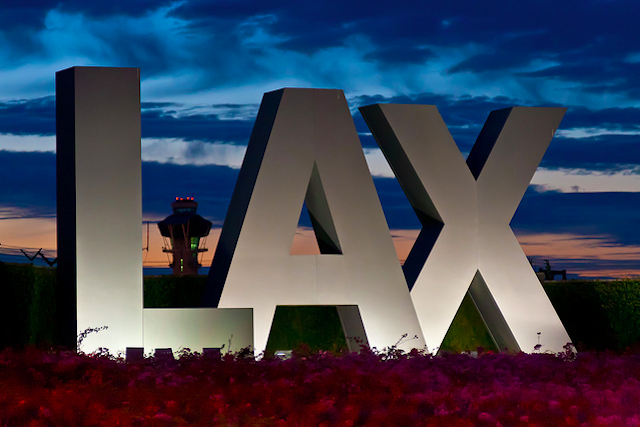 A second airport employee, the supervisor of the first suspect, was arrested Friday in connection with the Los Angeles International Airport dry ice bomb explosions.

Miguel Angel Iniguez, 41, a supervisor for Servisair at the airport, was arrested at work about 2:30 p.m., the LAPD said in a press release.

Iniguez was DiCarlo Bennett's supervisor at Servisair, a British company that provides ground services at more than 100 airports, including aircraft cleaning and cargo handling.

Police did not specify how he helped Bennett, but although he's facing the same charges as Bennett, Iniguez's bail is set at $500,000, half of Bennett's.

Although the bombs were said to be a prank and not an act of terrorism, the charges are still serious. "Whether you think this is a harmless prank or a way to disrupt operations at the airport, it won't matter," L.A. Police Chief Beck told the LA Times. "You will go to jail." Bennett faces up to six years in jail for two felony counts.

Authorities said that airport is changing how it handles dry ice. It now must be disposed of using specialized containers and cannot be left at the airport, City News Service reports.

Bennett's lawyer, Ben Wasserman, told the LA Times that his client got the dry ice from a plane's cargo hold and that his motivations in taking it were honorable.

"He removed the dry ice from a plane to protect a dog that was being loaded. He and others were concerned about the fumes from the dry ice killing the dog," Wasserman told the Times.

"One of the other crew members said, 'Take the dry ice out ... because the carbon dioxide is harmful to the animal,' so he took the dry ice out," Wasserman said.

Wasserman said of his client, "He is squeaky clean. A student, a father and hard worker."