Sheriff Lee Baca Might Have To Pay $100,000 From His Own Pocket In Inmate Abuse Suit 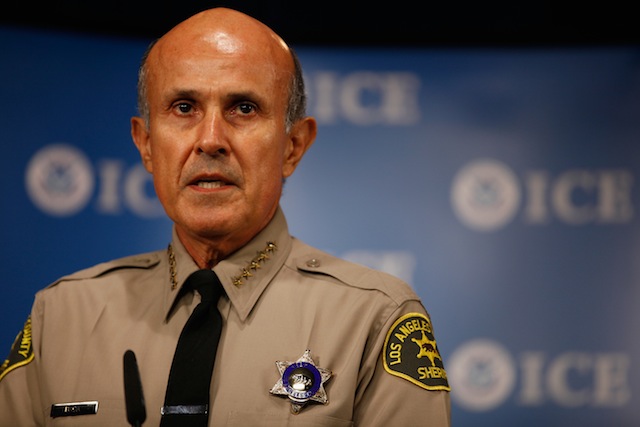 Sheriff Lee Baca might have to fork over $100,000 of his own money after being found personally liable in a civil rights lawsuit in which an inmate claimed to have been severely beaten, Tased and repeatedly struck with a heavy metal flashlight.

A federal jury reached a verdict last week in the civil rights lawsuit over a 2009 incident and this week the defendants agreed to divide $165,000 in punitive damages among themselves, with Baca paying $100,000, according to the LA Times.

The Los Angeles County Sheriff's Department says it will appeal the verdict, calling it "a mistake."

Tyler Willis filed a federal civil rights lawsuit in October 2010, alleging deputies severely beat him in 2009 while he was an inmate awaiting trial. He said he was punched and kicked repeatedly, shot with a Taser multiple times and struck "numerous times" in the ankle with a heavy flashlight. He says he suffered fractures and head injuries.

After a weeklong trial, jurors found that the conduct of Deputies Anthony Vasquez, Mark Farino and Pedro Guerrero, Capt. Daniel Cruz and Baca had been "malicious, oppressive or in reckless disregard" of Willis' rights.

Sheriff's spokesman Steve Whitmore told the Times that the use of force was "brought on by the inmate" and that deputies had acted within policy.