Glendale Forced To Sell Off Sweet Collection Of Arcade Games 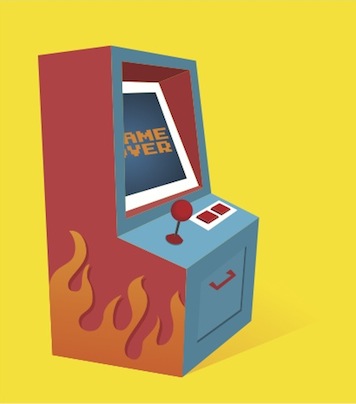 (Illustration by maraga / Shutterstock)
A treasure trove of vintage arcade games is sitting, unused, in three storage units in Glendale, in limbo because of governmental red tape.

Philip Lanzafame, Glendale's director for economic development, showed off the dusty games to ABC 7. Among the vintage units are Tetris, Street Fighter, Galaga and Ms. Pac Man, and they're all working. "A lot of charitable orgs that could have used them as a fundraiser," Lanzafame told ABC. "
Unfortunately, we're now forced to sell them."

The games are part of a package deal; they were sold along with the building through the city's redevelopment agency three years ago, ABC reports. Since the agency was recently dissolved by the state, thee games will be sold and the profits sent to Sacramento.

The city can't sell the games, however, until the state finishes up its paperwork, so there they sit.

Lanzafame said he hopes they find a good home.

Related:
Huge Crowd Turns Out to Play the Games at "Caine's Arcade"
My Love Affair With Ms. Pac-Man And Other Thoughts About "King of Kong"