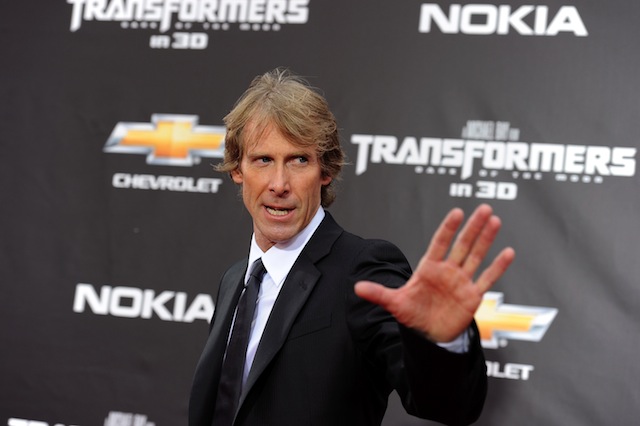 Director Michael Bay was punched in the face yesterday but it wasn't by one of his actors, or a disgruntled movie critic.

Two men allegedly attempted to mug the action movie director on the Hong Kong set of the fourth Transformers movie, then assaulted him when he wouldn't cooperate.

The incident occurred Thursday when two brothers walked up to Bay and the younger one demanded $100,000 in Hong Kong dollars ($12,900 U.S), Reuters reports. The older brother punched the director in the face and then attacked three police officers who tried to intervene.

The brothers were arrested and charged with suspicion of blackmail and assault and a third man was also arrested.

The three police officers were treated in hospital for minor injuries, while the younger brother asked to be taken for treatment, saying he did not feel well.

Bay, by the way, refused treatment and returned to filming. A police spokeswoman told Reuters his his injuries weren't serious.

All three are in custody and police are investigating ... whether Megan Fox, who once compared the notoriously difficult director to Hitler, is behind it all.

It's the first movie in the series without Shia LaBeouf, who recently said he'd like to give back all that tainted Transformers cash and get back his credibility. Seems there's a lot of hate for the whole franchise, since Shia was also just assaulted overseas.

UPDATE, 11:00 A.M. Paramount has released a statement that completely contradicts the Reuters report. The statement does not mention an extortion attempt, claims Bay was never hurt (but acted rather heroically) and throws in the baffling addition of an air-conditioner-wielding assailant.

Per Deadline, here is the studio's statement:


Contrary to several erroneous news reports made today, Bay did not get hurt in a fight on set. The production company did have a bizarre encounter with a man (allegedly under the influence of a narcotic substance) who was wielding an air conditioning unit as a weapon. The man, who had earlier accosted several other crew members, rushed onto the set in Quarry Bay and swung the air conditioning unit directly at Bay’s head. The director ducked and wrested the air conditioner from his attacker, preventing what could have been a serious accident. The company’s security team quickly stepped in and subdued the assault. The police, who also scuffled with the assailant and two of his companions, ultimately arrested the three men. No one on the cast or crew was injured and the production immediately resumed filming without further incident.