Why You Can't Find A Doctor on State's Obamacare Site 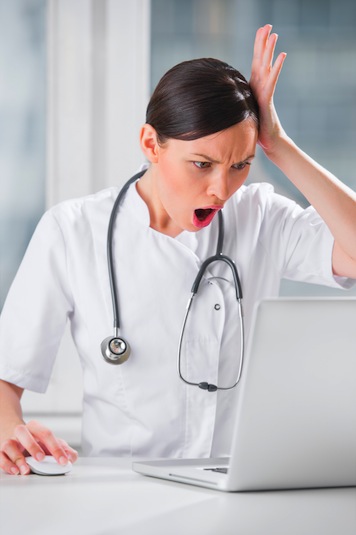 D'oh! The rollout of Obamacare (which is offered by Covered California here), has been glitchy: First the website couldn't support all the traffic, now the list of doctors has been taken down after numerous errors were found and some physicians who never signed up were listed as participating providers.

The LA Times reports that the doctor directory was taken down on October 9, a little over a week since the site went live. According to the Times, the California Medical Assn. says it found mistakes such as obstetricians labeled as ophthalmologists and the wrong doctors being described as fluent in Russian and Farsi.

Anthem Blue Cross, the state's largest for-profit health insurer, has also dropped its physician search tool until it can be updated for the new plans under the federal healthcare law.

While the early sign-up issues seem to have been smoothed over, some people are waiting to enroll until they know which doctors are included. With that information on hold for now, consumers will have to wait even longer.

The insurance exchange announced this week that nearly 95,000 applications for health coverage have been started since Oct. 1, although they didn't specify how many were completed, the Times reports.

"We knew this would be a heavy lift," said exchange spokesman Larry Hicks. "We do apologize for the inconsistency in the provider tool and we appreciate consumers' patience."

Part of the problem is that insurance companies can add doctors who are currently in their network to Covered California. While they are required to send an opt-out notice to the doctors, many don't realize they're being listed as part of the new plan, according to the Times.

"Some doctors are listed as exchange providers when they are not aware of ever signing up, which was one of the fears we had," said Dr. Richard Thorp, a general internist and president of the California Medical Assn., which represents about 37,000 doctors. "It's important for this information to be accurate so consumers can have faith in it."

According to Fox 11, officials say they should have everything functioning properly by sometime next month so you'll probably want to hold off on signing up until then.

You may still not get the doctors you want: Fox reports that Blue Shield of California will offer only 50 percent of its network doctors and 75 percent of its hospitals to those who sign up through the exchange.

California consumers also say they're not getting straight answers when calling insurers and doctor's offices as they try to navigate the new system.

"Nobody can give me a straight answer," Larry Greenfield, a 47-year-old musician in Fountain Valley, who's having trouble deciding between health exchange policies, told the Times. "I don't want to be forced to buy something if I don't know what I'm getting."

Related:
What You Need To Know About Obamacare in California