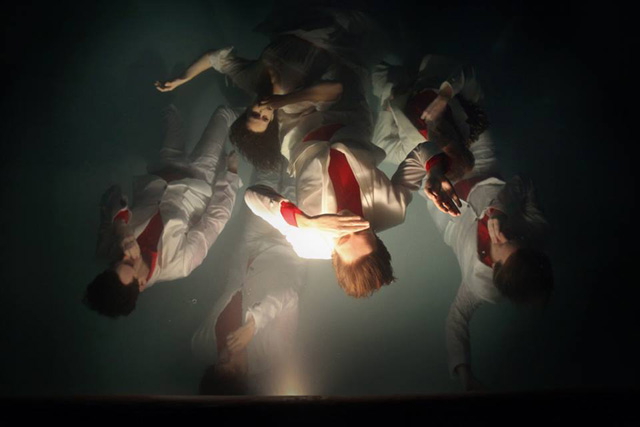 Get your flugelhorns and mandolins out in celebration! MTV Iggy and Intel previously announced that Arcade Fire would be playing an outdoor concert on Tuesday, Oct. 29 in a secret venue as a part of their Music Experience 2.0 concert series.

Taking a look at Songkick this morning, it seems they will be playing at the Capitol Records building in Hollywood.

Ticket information is still unavailable, but people can win tickets from the Music Experience website.

That day will be an eventful day for the Arcade Fire. Their fourth album Reflektor will be released, a double-album that was written and recorded in Montreal, New York, Louisiana and Jamaica.

Band leader Win Butler told Rolling Stone that his and his wife Régine Chassagne's trip to Haiti set the tone for the album.

Said Butler to Rolling Stone, "There's people dressed up as slaves with chains and black motor oil all over their faces. There's big fire-breathing dragons that shoot real fire at the crowd, and everyone is trying to hide. Wearing a mask and dancing, I felt less of a break between the spirit and the body. It really makes you feel like a hack being in a rock band."

This should be interesting.