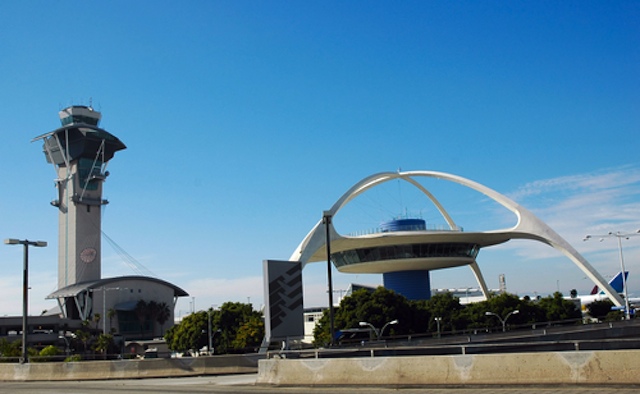 Apparently the dry ice bombs at LAX were a prank. Too bad authorities aren't laughing.

28-year old Dicarlo Bennett, a Servisair ramp supervisor at LAX, was arrested at his house in Paramount last night and booked on a felony charge of being in possession of an explosive or destructive device in or near an aircraft.

"He's being held at the Metropolitan Detention Center downtown and his bail has been set at $1 million," LA police detective Gus Villanueva told City News Service.

LA police Deputy Chief Michael Downing told the LA Times that Bennett is a prankster. "He thought it was funny," Downing said. "There is no terrorism here. This is one man involved who made very poor choices. There is nothing funny about what he did."

The first dry ice bomb was found after it had exploded in a men's employee restroom in Terminal 2 on Sunday. Two more bombs were found on Monday, however they did not explode contrary to prior reports.

The good news: no one was hurt, and no one broke in to plant these devices. Terrorism was ruled out immediately, so that was a sigh of relief.

The bad news: there are idiots everywhere.