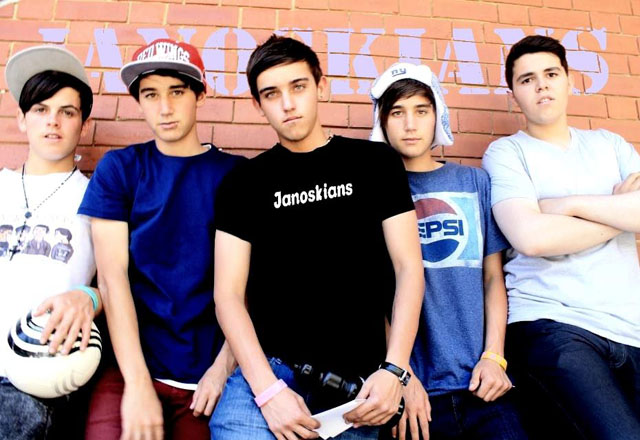 Who knew that mall bands were still a thing? An Australian five-piece boy band Janoskians brought the Beverly Center to a screeching halt on Sunday night.

Their appearance outside of Wet Seal was only expected to bring 200 fans. Instead 2,000 fans showed up Lt. Lonnie Tiano of the LAPD Wilshire Station told City News Service.

"The decision was made not to have them play because there were too many people," he said. "Mall security opted to to have the stores close about a half hour early, at about 7 p.m."

I have no idea what to make of these guys. Are they a boy band or a group of comedians being a boy band? Have we gotten so postmodern in this world that such a thing exists? Judging by their YouTube channel and song below, teenage girls love their boys to be foul mouthed. At least there's that.