Abandoned 5-Year-Old May Have Been Thrown Into Stranger's Backyard 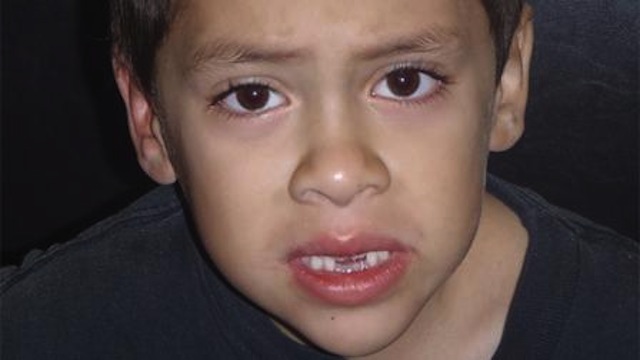 The boy, whose name is Antonio or Anthony, was found in a stranger's backyard, crying. (Photo courtesy of LAPD)

A boy who was found in a South Los Angeles backyard has been identified by his aunt and uncle, but the circumstances of how he came to be there are under investigation.

The boy, who is believed to be 5 or 6, was found near 73rd Street and Avalon Boulevard when a woman heard crying around 5 a.m. Monday morning and went to investigate. Lynn Boyd told ABC 7 she found the boy in her yard. "He just grabbed hold to me real tight and started crying and then he started throwing up," she said. She said he was cold and scared and asking for his mommy.

Boyd and her husband, David, told ABC they suspect the boy was thrown over a wall. "He had dirt in his head, so we know he hit the ground back here," said David Boyd. He told KCAL 9 that since his gate was locked, there was no other way the boy could have gotten into the yard.

"No child should have to go through something like this. It will affect him the rest of his life," Boyd told KCAL. He said his wife immediately got the boy a warm coat and called 911.

The child had a towel draped over his shoulders when he was found, the Boyds say, and was complaining that his head hurt. He didn't appear to be injured, but was taken to a hospital for an examination, according to City News Service.

LAPD Detective Michael Falvo told ABC that the boy, whose name is Antonio or Anthony, didn't say much to anyone. But he did tell a social worker that his mother "got on the bus and said goodbye to him and just took off. I don't know if that's true or not, but it's just something we have to check out," Falvo said.

According to KCAL, a witness who saw the mother early Monday morning said she looked "out of it" and was rambling about "family issues."

After media coverage, the boy's aunt and uncle came forward, saying that the boy's mother may have had a medical emergency, the L.A. Times reports.

The boy remains in protective custody as investigators try to find out why he was abandoned in the first place.