Was It All Just A Set-Up? Kanye To Appear On Jimmy Kimmel 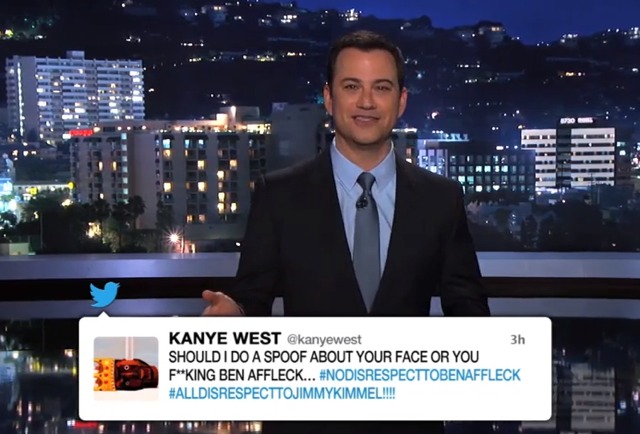 Was the heated Kanye West/Jimmy Kimmel feud all an elaborate set-up? News that Yeezy will be a guest on tomorrow's Jimmy Kimmel Live makes us wonder if the ALL CAPS Twitter battle between the rapper and the late-night host was just a joke, or if West is just trying to save face after being on the losing side of that battle.

If it's somehow not a gag (Kimmel insisted via Twitter that it it's not) this could make for some very colorful TV. (Twitter, brace for impact.)

TOMORROW NIGHT, MY GUEST WILL BE @kanyewest (for real, yes and was it all a setup, no)

Kanye, meanwhile, has not tweeted since September 30.