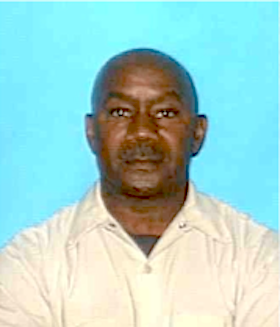 Alvin Hunt (Photo courtesy LASD)
The man who allegedly stabbed his stepdaughter to death, then called her mother to tell her a "surprise" was waiting for her at home, has been arrested after a nearly two-week search.

The arrest was made without incident Saturday night at 4 p.m. Hunt has been booked for murder and his bail has been set at $2 million, LASD said in a news release.

The L.A. Times reports that Hunt was not married to Catching's mother (whose name has not been released), but was her estranged boyfriend who was living in the apartment with her and her daughter on West 118th Place in Hawthorne.

Police had been seeking Hunt as a "person of interest" since the stabbing. The mother said that when Hunt called to tell her about the "surprise," he had also her he would pick up their 9-year-old daughter, which he doesn't normally do.

Related:
Stabbing Murder: Mother Told There Was A 'Surprise' For Her At Home, Finds Body Of Daughter