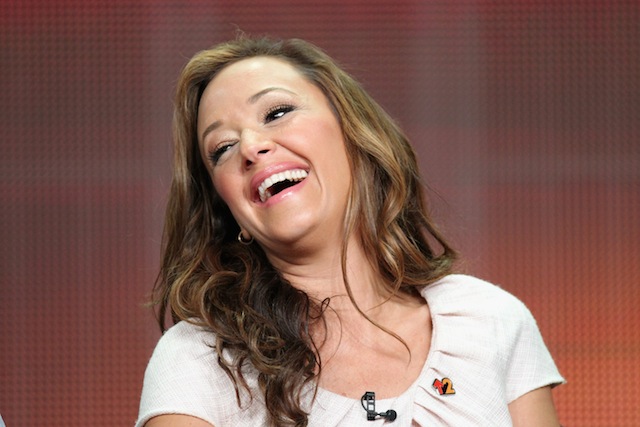 Actress Leah Remini at the 'Family Tools' panel during the 2012 Summer TCA Tour on July 27, 2012 in Beverly Hills. (Photo by Frederick M. Brown/Getty Images)
Lawyers from the Church of Scientology are trying to stop outspoken former Scientologist Leah Remini from testifying against the church in a multimillion dollar harassment case.

Monique Rathbun, who was once married to former Scientology exec Marty Rathburn, filed a lawsuit claiming the the church has gone after her in an aggressive harassment campaign. The lawsuit said, "She has been harassed, insulted, surveilled, photographed, videotaped, defamed, and humiliated to such a degree as to shock the conscience of any decent, law-abiding person." Rathbun took out a restraining order against Scientology leader David Miscavige.

Rathbun's attorney Ray Jeffreys told Radar that he wanted Remini to testify to explain Miscavige's "iron-fisted control" in the church and his interest in Marty Rathburn, who is another outspoken former critic. She was set to be deposed on October 15, but lawyers moved to block the subpoena from being sent to Remini, according to Radar.

Jeffrey plans to be in court arguing that Remini's should be allowed to testify.

In the meantime, Remini doesn't show any signs of staying quiet. Last month on "Dancing With The Stars," she said that the Church was looking for her to fail.