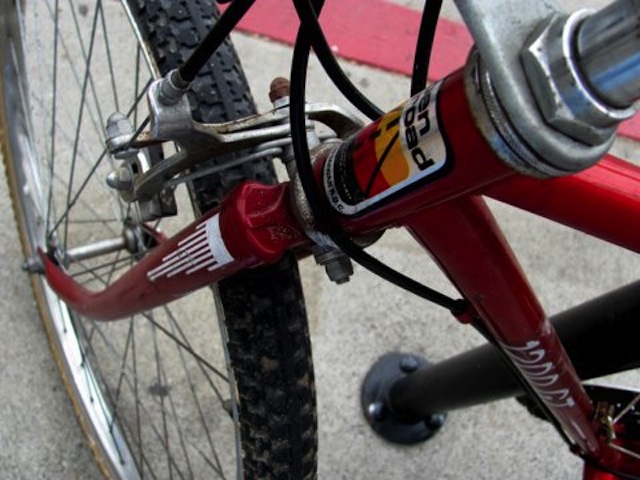 An unusual police pursuit began when police attempted to stop a parolee, who fled on a bicycle. The weapon he pointed at police ended up being a toy gun. (And no, the suspect wasn't 6, he was 36.)

The incident happened shortly before 11:30 p.m. Saturday when an Upland police officer attempted to stop Anthony Mario Jimenez, on a bicycle, ABC 7 reports.

Instead, he fled on his bike, eventually ditching it and continuing the chase on foot. Police fired when they saw him reach into his waistband and pull out a "shiny object."

He eluded the police, who caught up with him after a resident called to say someone was knocking on their door. He was eventually subdued after a brief struggle with officers.

Police say a toy handgun was later found in the area of the shooting.

Jimenez was booked at West Valley Detention Center for a parole violation, felony resisting arrest and brandishing a replica gun. There was also a charge of "delaying a police officer."

Information about his original crime was not released.