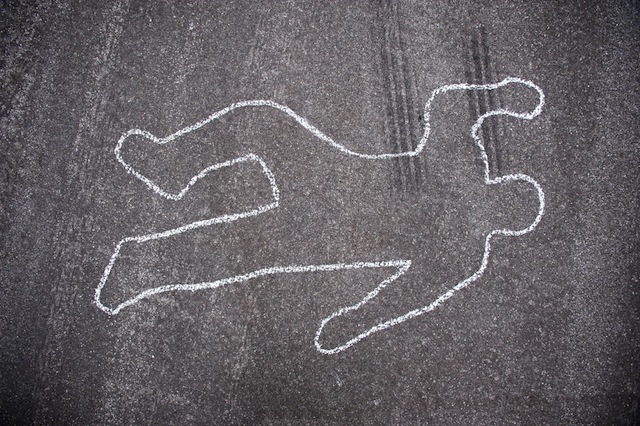 A driver who struck a pedestrian in the middle of Ventura Boulevard likely wouldn't have been at fault if he or she had simply stopped. Now, however, that person is facing felony hit-and-run charges.

The accident occurred at about 12:15 a.m. this morning on Ventura Boulevard in Encino. The man, believed to have been in his 40s, was walking in eastbound lanes when he was struck by a large black SUV on Ventura Boulevard near Gaviota Avenue, according to a statement by the Los Angeles Police Department's Valley Traffic Division. Paramedics were unable to revive him and pronounced him dead at the scene, City News Service reports.

LAPD Detective Bill Bustos told Fox 11 that since the pedestrian was jaywalking, if the car had stopped, the driver likely would not have faced charges. "As long as the driver was not impaired, no. But now we're looking for a felony hit-and-run driver, a very serious crime."

The hit-and run vehicle was a newer SUV, possibly a Cadillac Escalade, with a partial license plate of 6EW237 and tinted windows. Police said the vehicle sustained right front-end damage and was last seen eastbound on Ventura Boulevard, then northbound on Haskell Avenue.

Anyone with information about the accident is urged to contact Valley Traffic Officer Lisset Fuentes at (818) 644-8022. During nights or weekends, call (877) LAPD-24-7. Anonymous tips can be made online at LAPDOnline.org.

UPDATE, OCTOBER 8, 8:21 A.M.
Late yesterday, 26-year-old Grant James Valentine of Woodland Hills walked into the LAPD Valley Traffic Division station with his attorney and turned himself in. He was arrested and booked for felony hit-and-run and is being held on $50,000 bail, police said in a press release.

“It is the responsibility of the driver or—anyone involved in a traffic collision—to stop,” LAPD Detective Bill Bustos told KTLA. “Unfortunately, this pedestrian was walking outside the unmarked crosswalk when he was hit. We don’t know why he was doing that, but the driver should have stopped.”