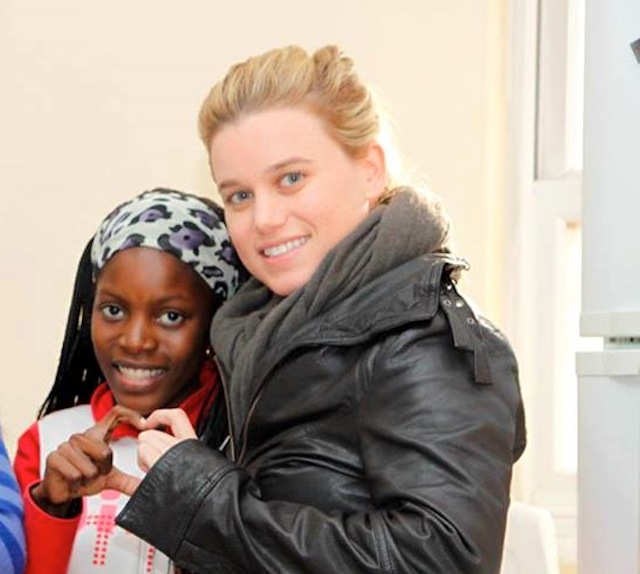 One of the four people killed in a private jet crash at Santa Monica Airport was identified by a coroner's official today as 28-year-old Lauren Winkler of Irvine.

Winkler worked for an organization called Save A Child's Heart, which provides free open-heart surgery in Israel to children from Africa and the Middle East.

The organization posted a photo of Winkler to its Facebook page, saying, "It is a very sad moment for Save a Child’s Heart as our past Young Leadership Director, Lauren Winkler, tragically passed away. We will remember her energy that filled up any room, her lightness and her love for our children. Our thoughts and prayers are with her family and friends."

In an article posted on the Business Ghost Inc. website, Michael Levin, a close friend of Winkler's father, wrote, "Lauren’s great heart has stopped beating, but thanks to her and people like her, and the surgeons and the nurses and the volunteers and the organizers, all unpaid, thousands of tiny hearts beat on." He urged people to donate to the organization in her memory.

Levin said that Winkler was a fundraiser and executive for an organization. He wrote that Lauren had been traveling to Idaho for the weekend with her boyfriend, Luke Benjamin; his father, Mark Benjamin; and another woman (who has still not been identified). Mark Benjamin, who Levin described as "an accomplished pilot," was believed to have been at the controls.

According to Levin, "Since flight manifests for private aircraft do not require the names of the passengers, Lauren's father Gary and her mother Carole remained in an agonizing limbo state for hours, and then two whole days, while the coroner's office matched dental records with the bodies removed from the jet."

A dog and two cats were also found dead in the wreckage.

The cause of the crash is under investigation by the National Transportation Safety Board, but the probe has been delayed because of the federal government shutdown.

One clue to the possible cause: An airport employee who witnessed the crash told KCAL a tire on the landing gear might have blown out on touchdown, causing the plane to swerve to the right.

UPDATED, 2:45 P.M., The other woman in the crash has been identified by the L.A. Coroner's Office as Kyla Dupont, 53, of San Diego, CBS 2 reports. The coroner also officially Mark Benjamin, 63, of Malibu, whom his company already named as one of the victims. The fourth victim is believed to be Benjamin's son, Luke, who was dating Lauren Winkler, although he has not yet been officially ID'd.