Pencil This In: 'Wicked Lit' Opens in a Cemetery; Podcast Fest Begins; Pajama Party for a Cause and Weekend Festivals 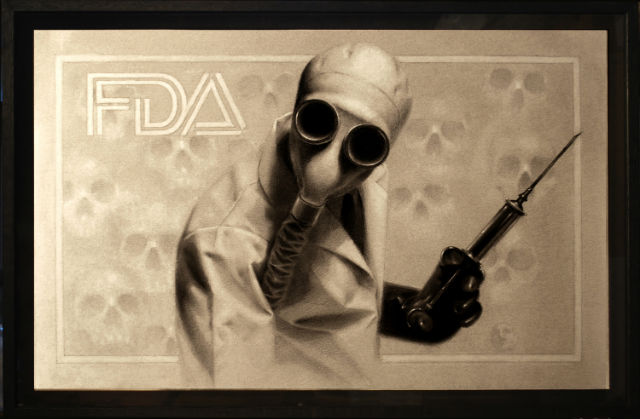 Happy Friday! There are a ridiculous number of cool events happening tonight in LA. Film events include a Q&A with Kevin Smith and director Matthew Johnson after a screening of The Dirties; a showcase of German films opens; and there's a free screening of The Sting. Music events include Travis and Bob Schneider in concert; theater events include play readings and a performance in a cemetery. There’s also a couple festivals and a pajama party. Read on for all the details.

ART
La Luz de Jesus gallery opens two solo shows tonight: Danni Shinya Luo’s Vanitas 13 and Van Saro’s What a Wonderful World, from 8-11 pm. Luo’s female forms “breathe with a sensuality and intuition that will shatter your preconceptions about her chosen medium: watercolor.” Saro uses graffiti “to articulate the narrative within. Songs also make an incredible contribution to the emotional translation of street life in [his] paintings.” Both shows remain on view through Oct. 27.

PAJAMA PARTY
Copa d’Oro in Santa Monica holds a First Friday Theme Night Pajama Party tonight from 5:30 pm until close. Come dressed in pajamas and bring a new, packaged pair of kids’ pajamas to support the kids of Upward Bound House. The nonprofit aims to eliminate homelessness among families with children. If you come dressed in pjs, the first cocktail is on the house.

THEATER *
UnboundProductions returns with Wicked Lit for its fourth year at the Mountain View Mausoleum & Cemetery. The theater company adapts classic horror into an immersive theater experience—at a cemetery! Things begin promptly at 7 pm with The Masque of the Red Death Experience, followed by The Lurking Fear, The New Catacomb and The Legend of Sleepy Hollow. Wear comfortable shoes because there are many stairs to climb and lots of walking. Buy tickets online [Correction: Prices range from $30 to $60. The production runs through November 2. Tickets for October 30 and on are not on sale yet.]

FILM
Kevin Smith presents The Dirties, a new feature film written and directed by Matthew Johnson for a one-week run at Arena Cinema in Hollywood. In this film about bullying, two best friends are making a movie about getting revenge on the bullies who torment them at school, but one of them isn’t joking. Smith (who’s helping the film get wider distribution) is appearing with Johnson after the 7:20 pm screening tonight for a Talk Back session. Admission: $12. (And we all know that Smith can talk!)

FILM FESTIVAL
German Currents 2013 is a showcase of some of the best films of the past year coming from Germany and German-speaking neighbors, Switzerland and Austria. The festival opens tonight at 7:30 pm tonight at the Egyptian with Detlev Buck’s historical drama Measuring the World, following how a mathematician and an explorer remapped the world (in German, French, Spanish with English subtitles). The screening will be followed by an opening-night reception. Tickets: $11.

COMEDY
Tonight at 9 pm, Nerdmelt presents Joe Sib (co-owner of SideOneDummy Records) for his solo storytelling show California Calling tonight at 8 pm. The show is all about his life growing up in punk rock with stories about The Ramones, Mighty Mighty Bosstones, Joe's bands Wax and 22 Jacks, etc. Admission: $5.

PODCAST FEST
The Podcast Fest, presented by the Comedy Film Nerds and Walking the Room, begins today through Sunday at the Sheraton Delfina Santa Monica Hotel. The three-day fest includes live podcast tapings, panels and stand-up comedy. Among the live podcasts scheduled for tonight are WTF with Marc Maron. Dozens more comedians and podcast hosts are scheduled through the weekend. Three-day passes are available for just $99, and single-day passes range from $29 to $59.

MUSIC
After a five-year hiatus, the Scottish quartet Travis returns with a show at the Wiltern Theatre tonight. They’re touring to support their new album Where You Stand (out now). Supporting Travis is Luke Rathbone. Doors at 7:30 pm. Tickets: $57.85.

FILM
The Front Porch Cinema series at the Santa Monica Pier, presented by Film Independent, brings a diverse selections of movies to the pier for the next few Fridays. Screening tonight is The Sting with Robert Redford and Paul Newman as two con men who try and pull one over on a crooked banker. The evening will also feature a live ragtime pianist and card tables. Doors at 6 pm, film starts at 7:30 pm. Free.

THEATER FESTIVAL
The SkyPilot Theatre Company presents its first New Works Reading Festival featuring eight new plays by the company’s resident playwrights during the course of one weekend. Readings will be held at the Young Actors Studio in NoHo. The plays tonight at 8 pm are: Mermaid Wars by Adam Hahn at 8 pm and Negotiations by Liz Shannon Miller. The reading is followed by the gala opening/fundraiser at Pitfire Pizza at 9:30 pm. Tickets: $10+ fees.