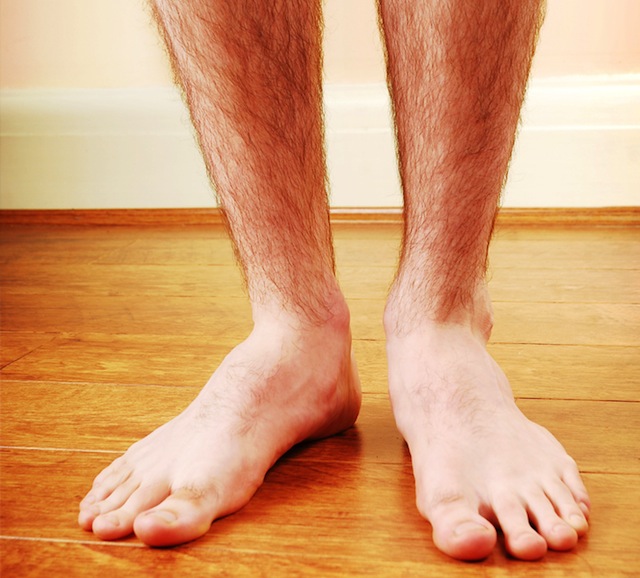 A Costa Mesa resident woke up at 2 a.m. to find a very unwelcome intruder in his home: a pantsless man coming out of the bathroom.

The man fled, and a resident of the home and a neighbor chased him down the street and detained him until police officers arrived, Sgt. Jerry Souza of the Costa Mesa Police Department.

The man was holding a bottle of lotion from the home when he was apprehended Souza said. Ewwwwww!

The resident awoke at 2 .am. to find his patio light was one. When he went to investigate, he found the half-naked stranger.

The man was identified as Erick Johnson, 36, of Costa Mesa. He was booked on suspicion of residential burglary and (shocker) a parole violation. No apparent charge for the public nudity.