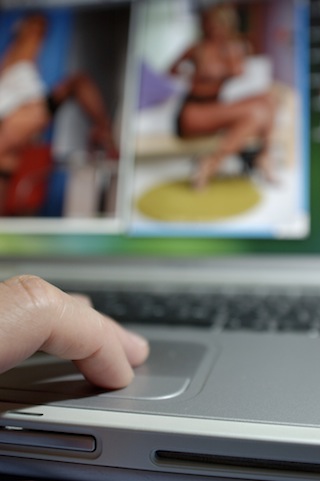 (Photo by jaymast / Shutterstock)
California: It's now a misdemeanor to post naked photos of your ex online. You'll face six months in jail or a $1,000 fine for a first offense, double for a second.

Existing cyberstalking and pornography laws did not cover situations in which someone shares images of an ex in compromising positions, according to CNN.

Canella said in a statement:

People who post or text pictures that are meant to be private as a way to seek revenge are reprehensible. Right now, there is no tool for law enforcement to protect the victims. Too many have had their lives upended because of an action of another that they trusted. This is a common sense bill that clamps down on those who exploit intimacy and trust for revenge or personal gain.

"It is unfortunate that we have to create legislation to protect individuals from the misuse of technology," said Christine Ward, executive director of Crime Victims Action Alliance. "I applaud Senator Cannella for his efforts to prevent future victimization in California."

Unfortunately, according to CNN, SB 255 does not cover "sexting," in which people send nude photos of themselves. The new law only penalizes those who take the photos or videos and send it, not people who forward nude images taken by the sender themselves.

The American Civil Liberties Union opposed the bill, saying it was too vague and could impact free speech, according to the Sacramento Bee.