Michael Jackson Verdict In: AEG Cleared In His Death 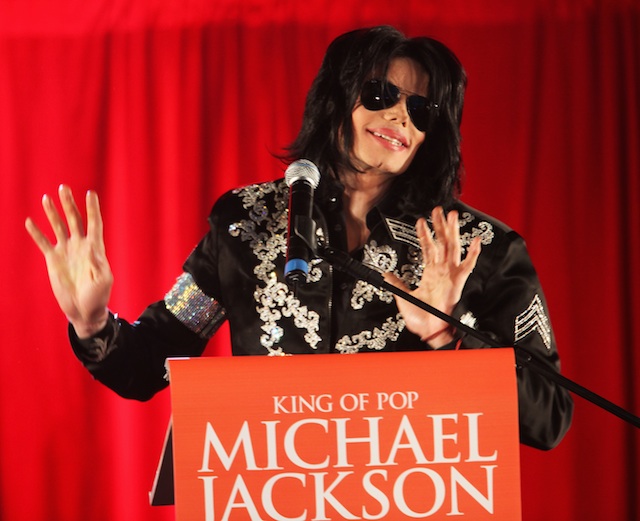 Michael Jackson gestures on March 5, 2009 as he announced plans for a summer residency at the O2 Arena in London, England. (Photo by Tim Whitby/Getty Images)

After a five-month trial, AEG Live was cleared today of any wrongdoing in the 2009 death of Michael Jackson.

A Los Angeles jury rejected the lawsuit by the singer's mother that sought to blame the concert promotion company for negligence in hiring Conrad Murray, the doctor who gave the pop superstar a fatal dose of the anesthetic propofol.

On their fourth day of deliberations, the jurors— six men and six women—reached their verdict after nearly 14 hours of deliberation, City News Service reports.

During his closing argument, Jackson family attorney Brian Panish insisted that AEG Live was responsible for hiring Murray. The doctor was convicted of involuntary manslaughter in 2011 for administering the fatal dose to the 50-year-old singer. Panish was seeking $1.5 billion on behalf of the family.

AEG Live attorney Marvin Putnam argued, however, that AEG never hired Murray and that it was Jackson himself who brought the doctor on board before his dealings with them. Putnam also argued that Jackson had a drug problem for years before the planned comeback tour for the company.

Panish said that although Jackson was likely about "20 percent" responsible for his own death, AEG Live should be held accountable for the other 80 percent.

Since this was a civil, not a criminal trial, the jury did not have to reach a unanimous decision for there to be a verdict; agreement by nine jurors is the requirement in a civil trial.

Murray is actually scheduled to be released Oct. 28 due to good behavior credits and overcrowding in the jails, according to CNS. He was given a four-year sentence in November 2011.