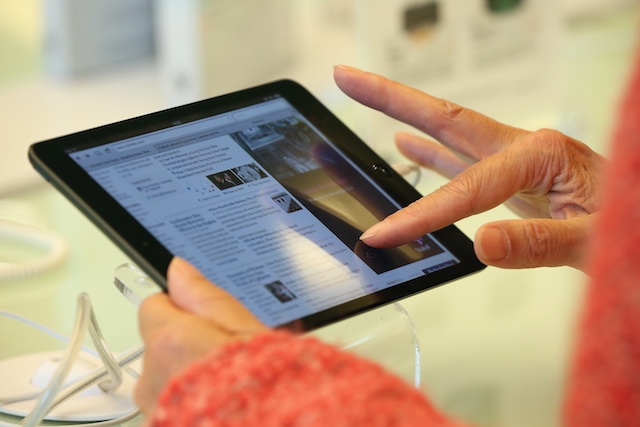 This really should come as a surprise to anyone: It took some Los Angeles Unified School District students one week to hack the security features on their school-issued iPads to access restricted sites and apps.

"The breach was discovered Friday at Westchester High, Roosevelt High in Boyle Heights and the Valley Academy of Arts and Sciences in Granada Hills," reports the Daily News.

In the kind of move lauded in other circumstances, the teens really got interested in their schoolwork, and managed to use their tech smarts to "alter settings and delete files" to do what most people use their iPads for: Get on Facebook, Twitter, and YouTube.

But for once the LAUSD was a step ahead: The devices have embedded software that "immediately locked down the devices and alerted officials that they’d been tampered with."

The three schools where the hacks happened were in the first batch of LAUSD campuses to be provided the technological tools as part of a district-wide plan to get every kid swiping on the pricey Apple units.

The program has been met with much public scrutiny not only for its cost, but also practicality, given the limited "life expectancy" of these kinds of tech gadgets.

The LAUSD has now halted allowing kids to take their iPads home, and are thinking about beefing up the security features on the tablets (though so far no mention of how much more this will cost). But students seem confident that's not really going to do much besides give them a goal to shoot for. A Roosevelt student told KNX1070, putting more security on the iPads would "probably be a challenge, but the kids will probably find a way."

Just some of that good old wisdom about achieving success when you really apply yourself at work, it seems.