Woody Allen May Be Forced To Attend Golden Globes To Get Cecil B. DeMille Award 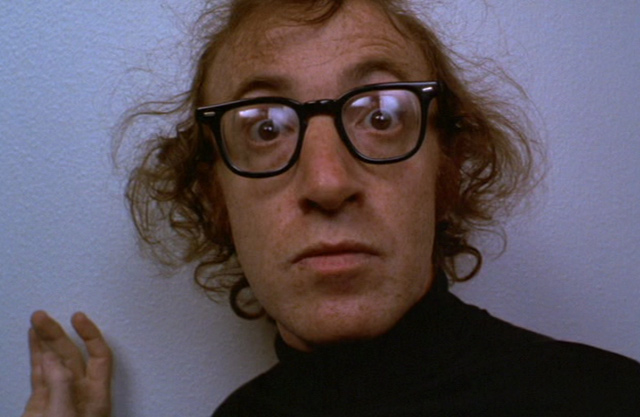 Woody Allen famously hates award shows (he's only attended one in his whole career). Woody Allen also famously hates Los Angeles (well, hate is a strong word, but he certainly thinks it's a cultural backwater). But it seems the Golden Globes producers have figured out a way to force him to show up for an award show in L.A.: Allen will receive the 2014 Cecil B. DeMille Award at the 71st Annual Golden Globes on January 12th, 2014. Let's hope he's been inoculated for wheat germ killers.

“There is no one more worthy of this award than Woody Allen,” said Theo Kingma, president of the HFPA. “His contributions to filmmaking have been phenomenal and he truly is an international treasure.” Allen has been nominated for thirteen Golden Globes and 23 Oscars over his career, but the only time he's shown up for an awards show was at the 2002 Oscars, when he thanked Hollywood for its support of New York and encourage people to keep making movies in NYC post-9/11.

Biographer Eric Lax gave NPR one possible explanation for why Allen would rather play clarinet than attend:

It's really almost impossible, as he puts it, to judge art, that it's so subjective, you can't really say, well, this performance is better than that or that writing is better than this and that, if you get caught in that trap of relying on other people, however great they are, to tell you whether you're any good, you're either going to consciously or subconsciously start playing to that group.

So yes, there's still a chance that he could just not show up. Maybe he's too intimidated at the notion of having to follow up Jodie Foster's attention-grabbing speech last year.