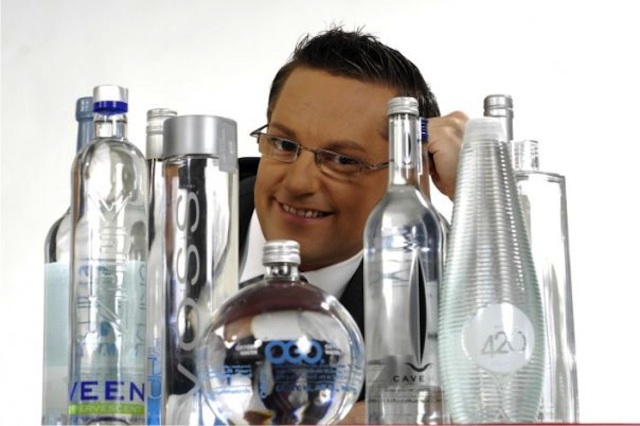 If you've ever traveled and tasted the water, you might have noticed how each city's tap tastes differently. (So far the best we've tasted is in Portland.) It's not just the faucets. Turns out it has something to do with what's called TDS, or total dissolved solids. The amount of TDS results in flavor differences in your H2O, which can be interpreted as salinity, minerality, sweetness, and even earthiness.

At least that's what Martin Riese, a water sommelier that's found a home at LACMA's Ray's & Stark Bar, believes. He takes this idea to a whole new level at the restaurant, where he has created a wine-like list of 20 different mineral waters from 10 countries around the globe.

Riese is considered to be the world’s foremost certified Water Sommelier. He got his accreditation from the German Mineral Water Association and author behind Die Welt des Wassers (“The World of Water”).

“This menu has been a long time in the making,” Riese says. “Water has a significant impact on the way we taste food, just as with wine and spirits. We are already accustomed to pairing food with wine or beer, but many people don’t know that water is just as important to the entire dining experience.”

The Water Menu at Ray's & Stark includes many mineral waters that are rarely found in the United States in booklet-form, attributing an entire page for each varietal that is complete with tasting notes, mineral content, bottle price, and photos. The menu is organized by country.

Riese believes that notes that terroir affects water in the same way that it affects wine, and thus, flavor profiles can be detected from country to country.

But that didn't stop Conan and his guests from razzing Riese on his recent visit to their set. The water somm led Coco and Simon Pegg in a tasting, where Pegg noticed the first water tasted like "disappointment."

You can watch the segments below: