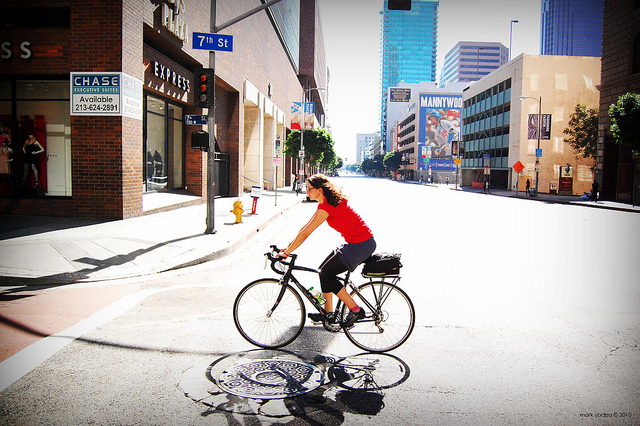 Chances are you'll see someone with a clipboard at an intersection today; In an effort to make the city more pedestrian- and bike-friendly, volunteers will be counting the number of people walking and bicycling at key intersections.

In what's called (aptly enough) the 2013 Los Angeles Bicycle and Pedestrian Count, hundreds of volunteers will monitor the number of pedestrians and bicyclists passing by 120 intersections from the San Fernando Valley to South Los Angeles, CBS 2 reports.

"We have tons of data about how many cars we have, where they go, and we never have enough information about walking and cycling," Bonin said. He's volunteering at the corner of Bundy Drive and Idaho Avenue in West Los Angeles this morning, City News Service reports.

The Councilman cited the statistic that every 3.5 days someone is killed in L.A. "because it's just not sufficiently safe for cyclists or pedestrians."

Police and the City Council also want to lower the outrageously high occurrences of hit-and-runs, which are a staggering 20,000 per year in L.A.

"It's imperative that we do it because we're building a 21st Century mass transit system in LA, and the key to that is the first and the last mile of your commute," Bonin told KNX. "We need to be fixing our sidewalks and we need to make sure we have not just safe routes to schools, but safe routes to transit."