Angels Flight Could Be Closed 6 to 9 Months Following Derailment 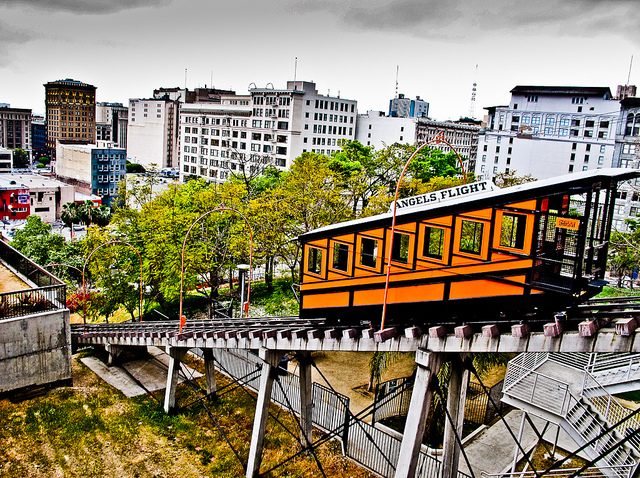 Photo by MashaDTrujillo via the LAist Featured Photos pool on Flickr

It might be some time before passengers can hop a ride up or down Bunker Hill on either of the two historic Angels Flight railcars, as the federal agency investigating last week's derailment say it could be several months before it's up and running again.

Last Thursday, one of the two railcars, Sinai, derailed, with one passenger needing to be helped off, and another five removed from the other railcar, Olivet, which was at the top of the 298-foot long railway.

So far, they haven't found any immediate "probable cause" for the accident, but rather just "some insights."

More testing is on order as the probe into the derailment continues.

Wellborne is hopeful the fixes necessary to get Olivet and Sinai back on track will be swift and inexpensive, and will take less time than the current estimated six to nine months.

The funicular transport turns 112 years old at the end of the year. It resumed service in 2010 after years of being offline following numerous safety issues.